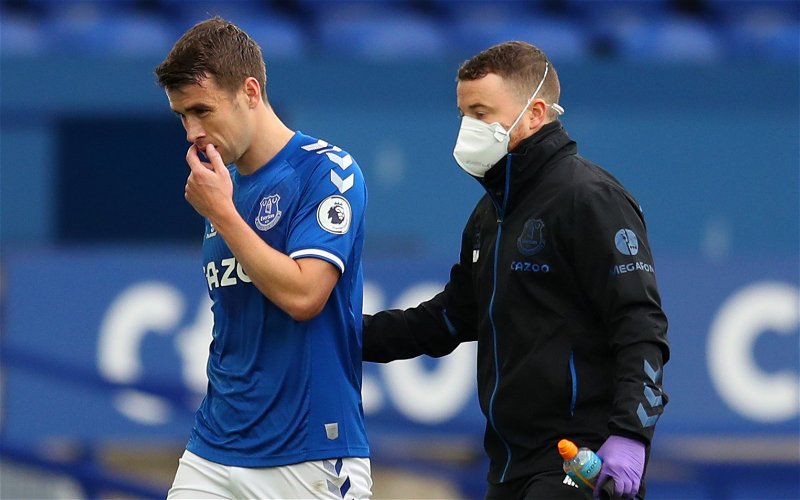 Speaking on the Royal Blue podcast, journalist Adam Jones has slammed Everton’s decision to not sign a new right-back this summer.

The transfer window closed on Tuesday evening, with the Toffees having brought in five new players, however, none of them were a right-back, despite Jonjoe Kenny being the only other right-back behind Seamus Coleman, with the Englishman having just 35 Premier League games under his belt.

The Republic of Ireland international has not managed to reach 30 appearances in a Premier League campaign since the 2014/15 season, highlighting the worry that Rafael Benitez could have this campaign at right-back should Coleman pick up an injury.

Jones spoke about how bad it was for Everton to not sign a new right-back in the transfer window.

“It’s not the situation that Everton fans wanted to find themselves in, was it? Right-back was an absolute must, I thought, at the start of this summer.

“It was almost unthinkable that Everton would have gone into the coming season without another right-back on board – even somebody in the short term who could push and challenge Seamus for the coming campaign if we were going to maybe postpone finding his long-term successor for the future.

“We haven’t even managed to get that over the line in the end, which I think is another hammer blow, to be honest.”

It does seem a very bizarre and risky decision by the Everton board to not bring in a new right-back, even on loan or as a stopgap until next season, as they’re one injury away from seeing someone like Kenny or Mason Holgate having to fill in.

Despite the transfer window being closed, the Toffees could still bring in a free agent and Serge Aurier is available having seen his contract mutually terminated by Tottenham Hotspur, however, it remains to be seen whether or not Benitez would want him at the club or if he fully trusts Coleman to remain fit and healthy.