Ball: Andros Townsend is a good signing for Everton 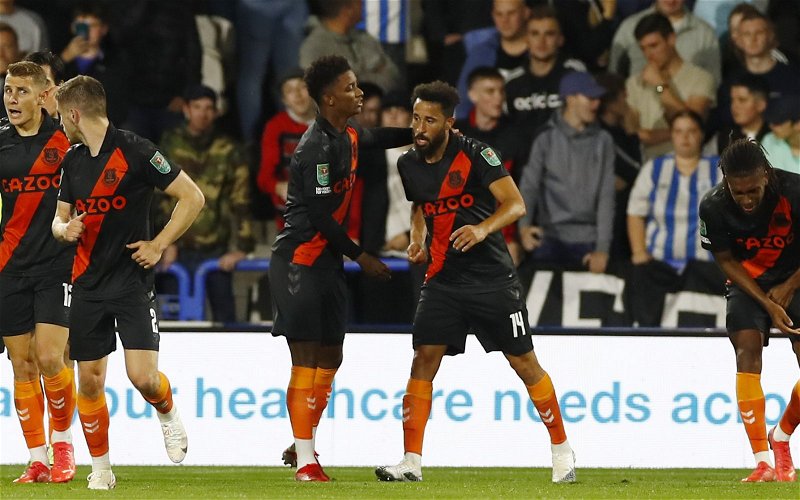 The 30-year-old joined Everton on a free transfer after his deal with Crystal Palace expired and put pen to paper on a two-year contract at Goodison Park which will run until June 2023.

Townsend has featured in all of Everton’s matches so far this season in both the Premier League and Carabao Cup. On the opening day of the season, he provided as assist for the Toffees’ first goal of the season scored by Richarlison and then he got on the scoresheet himself, in the Merseyside outfit’s 1-0 victory in the Carabao Cup against Huddersfield Town.

Everton have a good start to the new campaign as they are undefeated in the Premier League, winning two games and drawing one, and Ball thinks it was shrewd business bringing Townsend to Goodison Park.

Ball told This is Futbol.“Andros obviously has history with Rafa, he knows how Rafa works from his time at Newcastle. Another one that’s quite a surprise and come to the club but I think it is shrewd business by Everton and Marcel Brands to bring him to the football club. He’s still at a good age in his prime, with Bernard leaving it leaves that hole for him to come in and exploit.”

Alongside Townsend, Everton made four other signings this summer with, Asmir Begovic, Demarai Gray, Andy Lonergan and Salomon Rondon all signing permanent deals at Goodison Park.