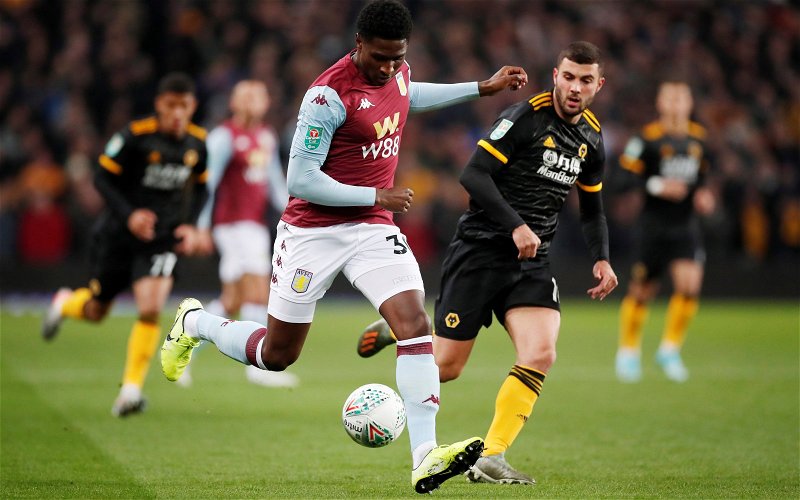 Aston Villa journalist Ashley Preece has been sharing his praise for Villa defender Kortney Hause and his performance during the club’s recent Carabao Cup clash.

This comes after Preece made an appearance on a recent episode of the Claret & Blue Podcast from the Birmingham Mail, where he spoke about a range of topics concerning Dean Smith’s side.

On the subject of Hause, who played through the entire game against Chelsea at Stamford Bridge that saw Villa lose on penalties after a 1-1 draw in 90 minutes, Preece had this to say about his performance in particular.

“He’s in real contention now to start at Old Trafford on Saturday and £3 million, I think Dean Smith’s improved him tenfold since he first came to the club – what a deal that looks.

“I think Villa have an option to extend that by a year, I’d do that tomorrow if possible, because his contract is up next summer.

“Kortney Hause – incredible squad player to have at your disposal and he did really well [against Chelsea].”

Villa originally signed Hause on a loan deal from fellow Premier League side Wolves back in the 2019 January transfer window before securing him on a permanent deal for a fee of £3.06 million in the following simmer window, as Preece alluded to.

Overall, the 26-year-old, who is currently valued at £4.5 million according to Transfermarkt, has made 49 appearances for Villa across all competitions, in which he has managed to chip in with three goals along the way.

Given how Hause made more clearances (9) than any other Villa player and the joint-most blocks (2) in the game against Chelsea, as well as being listed as the highest-rated player that started in the game according to WhoScored with a match rating of 7.47/10, it’s easy to see why Preece was so impressed with him in midweek.

Would you start Kortney Hause against Man United?

Moving forward, we feel that Hause has definitely earned his place in Villa’s starting XI to face Manchester United at the weekend in the Premier League if he’s fit enough, based on his impressive defensive display against Chelsea.

In other news: ‘In an ideal world’ – Gregg Evans insists Villa wanted to move on £11.7m-rated ace