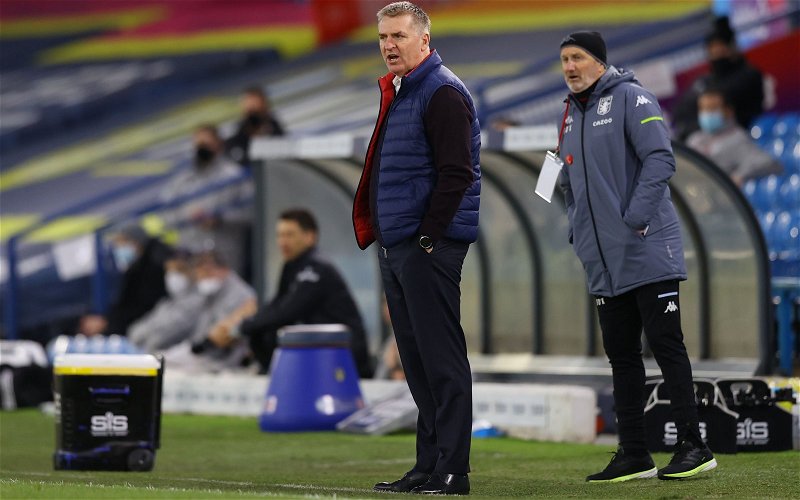 Aston Villa journalist Ashley Preece has been sharing some insight regarding Villa’s intended style of play for the current season.

This comes after Preece made an appearance on a recent episode of the Birmingham Mail’s Claret & Blue Podcast, where he spoke about a range of subjects concerning Dean Smith’s side.

On the subject of Villa’s performance during their recent 3-0 win against Everton at Villa Park, Preece had this to say about their style of play moving forward throughout the campaign.

He said: “I think the handbrake is off. I think Villa are going to be brave this season. They’re going to look to outscore teams and that’s the way they’ll go.

“They’ve got quality to do that now – the quality to, if they are a goal down, they’ll come again, look to equalise and take the game to the opposition.

“I think that that would be the mantra that Villa will go with this season, they want to attack, they’ve got attacking options. I mean, [Ollie] Watkins and [Danny] Ings, the two marksmen in there and [there are] bags of goals in them, so why not?”

Given how Villa recently said goodbye to Jack Grealish, who consistently scored numerous goals and provide plenty of assists for them over the years, and signed other attacking players such as Leon Bailey, Emiliano Buendia and Danny Ings, it’s easy to see why Smith would be looking to implement an attacking style of play this season given the strength they have in their squad up top.

Taking into account how Villa have managed to score eight goals in their opening five league games of the season with six different goalscorers (aside from Lucas Digne’s own goal in the Everton game), we feel as though this apparent attacking style of play has been working well for the team so far.

Have you been satisfied with Villa's performances so far this season?

Moving forward, if Villa can continue scoring goals and keep tight defensively with the players they have at their disposal all over the pitch, we feel that Smith’s side could be on track for a very successful season.