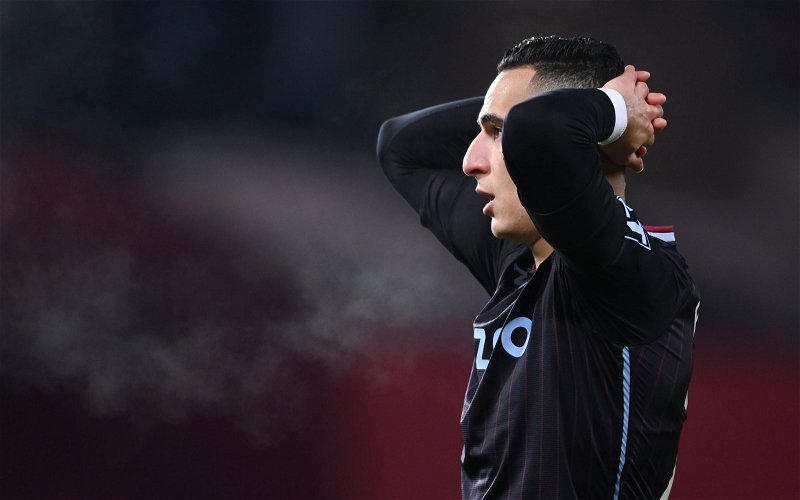 The Athletic’s Gregg Evans has suggested that ‘in an ideal world’ Aston Villa would have sold Anwar El Ghazi this summer.

After selling Jack Grealish to Manchester City for £100m in the past transfer market, Villa had an awful lot of money to bolster their squad with. The likes of Danny Ings, Emi Buendia, and Leon Bailey were all brought in to lift the level of quality throughout the team.

Naturally, these kinds of signings will mean that some other players will see their game time impacted for the worse. With this in mind, Evans suggested that Villa would have likely allowed El Ghazi to leave this summer had the right offer come in.

While talking about the player on the 1874 podcast, Evans explained: “El Ghazi’s an interesting one because I think, in an ideal world, Villa would probably have tried to move him on – if they’d have got a taker for him.

“And maybe this is Villa not being proactive enough and finding somebody who could have taken him earlier on in the window.

“Yeah, he came in and served a purpose early in the season, but he’s a player that’s going to be struggling to feature, I think, now. I don’t think he’s going to get many Premier League minutes. He’ll only get minutes if there are injuries elsewhere.

“I don’t think he’s going to be a happy bunny because he’s not gonna be playing enough.”

The £11.7m-rated ace has actually been a pretty important player in the early stages of Villa’s campaign. The 26-year-old has been called upon three times by Dean Smith, scoring once – while he did make an appearance in their shootout defeat to Chelsea in midweek, dispatching his own spot-kick.

Still, perhaps suggesting his more frequent fate for this season, the Dutchman was left on the bench during the club’s recent 3-0 win over Everton.

Perhaps, if El Ghazi finds his first-team opportunities truly restricted in the coming months, he may push for an exit in January. For now, though, he’ll hope to fight for his place alongside the likes of Ings, Buendia and Bailey.