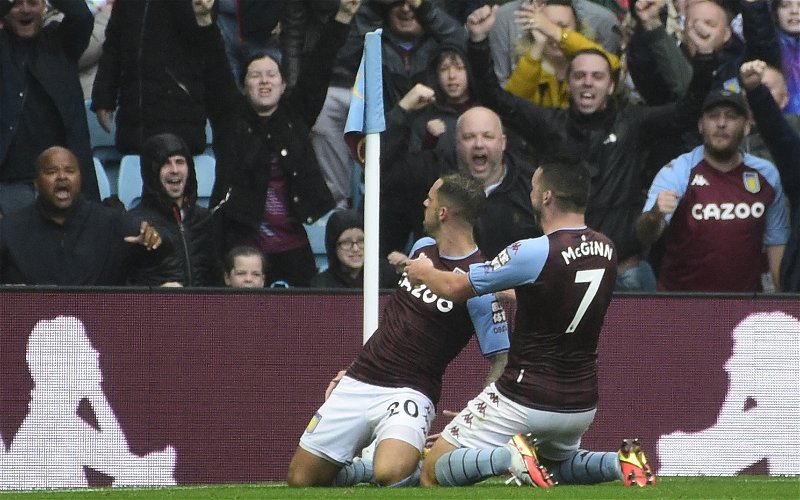 The coach arrived in England this summer having spent a season as assistant manager at Danish club FC Midtjylland, though he is also currently part of the Scotland international men’s team setup, too.

MacPhee has already drawn praise this season after Danny Ings scored a stunning bicycle as a result of a set-piece routine from a throwing designed by the 41-year-old.

Now, while speaking on the 1874 podcast, Bardell took a moment to praise the clever piece of business done behind the scenes at the club.

He said: “Villa’s set-pieces at the weekend were absolutely brilliant. Austin MacPhee is looking like a really shrewd appointment already.

“We look like we’re going to cause trouble every time we have a throw-in, or a corner, or a free kick in a dangerous area.”

TIF Thoughts on Aston Villa and their set-pieces…

According to a report in The Telegraph, it was MacPhee’s call to have Matty Cash take a long throw-in for Tyrone Mings to flick on which led to Ings’ spectacular goal.

When the result is something so tangibly enjoyable as that, it’s easy to see why Bardell is happy to lavish praise on the new coach.

Still, for as much as Bardell thinks Villa look dangerous at set-pieces, they have only scored one league goal this season from them – with a further two from the penalty spot, which don’t technically go down as set-piece goals despite coming from a dead-ball situation.

Even so, the season is young and perhaps there will be more to come in the near future from Dean Smith’s new assistant.

In other news: ‘That could be really exciting’ – Gregg Evans drops claim on ‘really important’ Villa ace