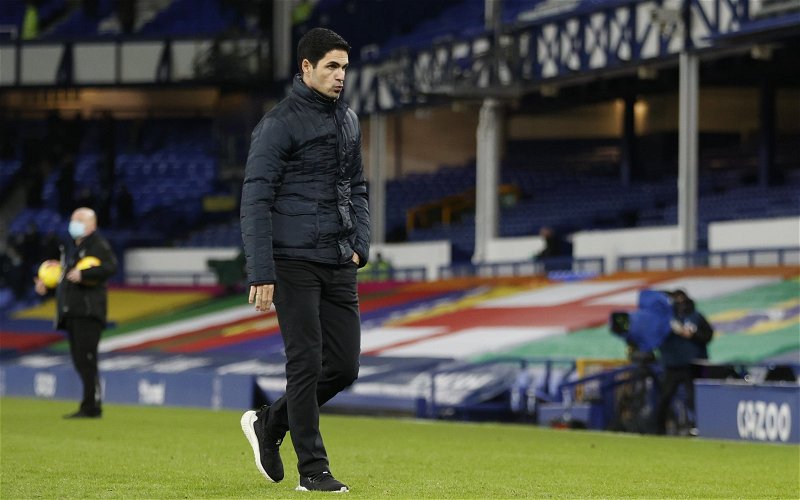 The Gunners splashed out just short of £150 million during the summer transfer window, which saw them spend the highest amount of money out of any other club in the Premier League, but they are still yet to win or score a goal in the league.

Their marquee signing was Ben White from Brighton, who joined for £50 million, despite only having one season of Premier League experience under his belt, and Arsenal fans may be hoping that when he returns to the side, he can help shore up the defence, although he didn’t have the best of debuts against Brentford.

McGarry spoke about Arteta’s involvement, or lack of, in the transfer window.

“In terms of the way in which they have gone about their business, it’s my information that Mikel Arteta has not had a huge amount of influence with regards to the choosing and the decision-making on players that have been recruited.

“Instead, that responsibility has come down to sporting director Edu and Richard Garlick as well, and they are taking a policy – which, to be fair, is fairly common in elite clubs, but certainly in Europe – of recruiting players who they see as being part of the long-term future of the club, playing in a certain style.

“Data analysis has a major part to play in the choosing, and then obviously informing the club of how those players will fit in as well.

“I’d be slightly concerned if I were Arteta, not just because Arsenal are bottom of the Premier League table, but also given the fact that he’s not had any major influence with regards to recruitment as well, which kind of suggests that either he’s not trusted, or that he is being trusted simply by being given players, and saying, you’ve got to make these guys work because we’re paying a lot of money for them.”

TIF Thoughts on Arsenal and their transfer business…

Nothing appears to have changed at the Emirates Stadium during the early stages of this season with them having a soft underbelly, especially at the back, as you only have to look at the goals conceded against Brentford and Chelsea, in particular, to see them get bullied.

Their transfer strategy this summer appears to be targeting young players that can help rebuild Arsenal over the coming years, with Albert Sambi Lokonga, Nuno Tavares, White and Takehiro Tomiyasu all under the age of 24, however, the here and now at the Gunners does not seem too bright.

If Arteta does indeed not have the amount of control over new signings that people may expect, as McGarry suggests, perhaps the Spaniard should be cut some slack over any failings in recruitment, though it is not as if the existing Arsenal squad has shone his spell in the Gunners dugout in a great light to this point.