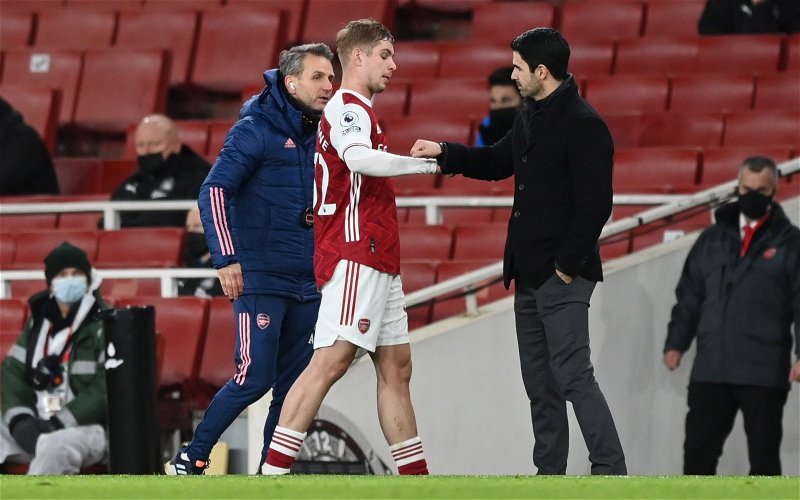 The Gunners swept aside their north London rivals comfortable in a 3-1 win, with Smith Rowe at the heart of most things good. The English midfielder broke the deadlock in the 12th minute, before laying on an assist for Pierre-Emerick Aubameyang just 15 minutes later.

The 21-year-old was named man of the match at the end of the game and Gough, it seems, was more than impressed by the youngster’s showing.

While speaking on TalkSport, he said: “Smith Rowe, what a baller. What a baller. I wouldn’t often use a word like that, it’s not me.

Having been handed a new contract and the number 10 shirt at Arsenal over the summer, the expectations on Smith Rowe may naturally have increased a little.

There’s certainly worse ways to prove your value than to net the opening goal in a win over your club’s biggest rivals. The Englishman will likely be feeling pretty good about things right now, having also scored off the bench against AFC Wimbledon in the Carabao Cup last midweek.

This was Arsenal’s third league win in a row, with the club finally clicking into gear after what had been a difficult start to the season.

Will Emile Smith Rowe help Arsenal back into Europe this season?

It should bode well for the club if Smith Rowe can continue to impress with more impressive outings.