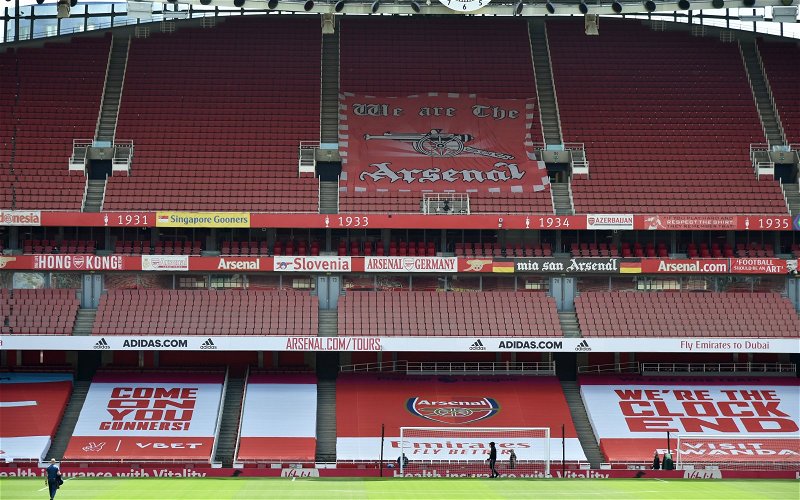 Arsenal insider Charles Watts has given a glowing review of young talent Charlie Patino after his recent performance against Swindon Town.

The 17-year-old played 90 minutes as a young Arsenal side lost 2-1 to Swindon Town in the group stages of the Papa John’s Trophy, a competition where young academy players such as Arsenal’s can get experience against senior players and aid their development, and by all accounts, Patino managed to grab some people’s attention.

A highlights compilation of his performance during the game was shared online, and commenting about the video as part of a wider discussion about the youngster on the latest episode of his show, Watts spoke about his status at the club and what the plans were for him in the near future:

“You watch it [the video] and, look, I don’t want to get carried away or anything like that, he’s still only a 17-year-old kid, but you watch it and it’s impossible when you watch it not to think of Jack Wilshere at that age, Cesc [Fabregas] at that age.

“You just see how comfortable he is with the ball, you see his vision, his awareness of what’s around him, the touch to move and give himself some space to start driving forward.

“He’s got it all, and that’s why he’s so highly rated at Arsenal.

“By all accounts, he’s a very level-headed young man. He’s been training a lot with the first team, he got 60 minutes for the first team in the behind-closed-doors friendly against Brentford. I mean, he is knocking on the door.

“As I’ve said in previous videos, the idea, the pathway that’s been laid out for Patino, does not involve a loan. They’re kind of looking at this as a straight sort of Saka model, Wilshere model of progress straight into the first-team from a young age and start helping.”

It certainly would be in step with Arsenal’s recent philosophy of trying to build a team around the young players that they have at the club, further demonstrated by their transfer activity this summer, where all players brought in were aged 23 or younger.

But if the plan is for him to get experience in the first team sooner rather than later, with Watts saying that he is ‘knocking on the door’ of a potential opportunity, there needs to be evidence of that somewhere down the line, so it will be interesting to see if Mikel Arteta has him as part of the first-team setup moving forward in the coming months.

In a way, it’s a shame that Arsenal aren’t in the Europa League or Europa Conference League this season, as that would have given him a perfect opportunity to develop his skills with the more senior players, whereas now he might have to wait a little bit longer before he gets his chance.