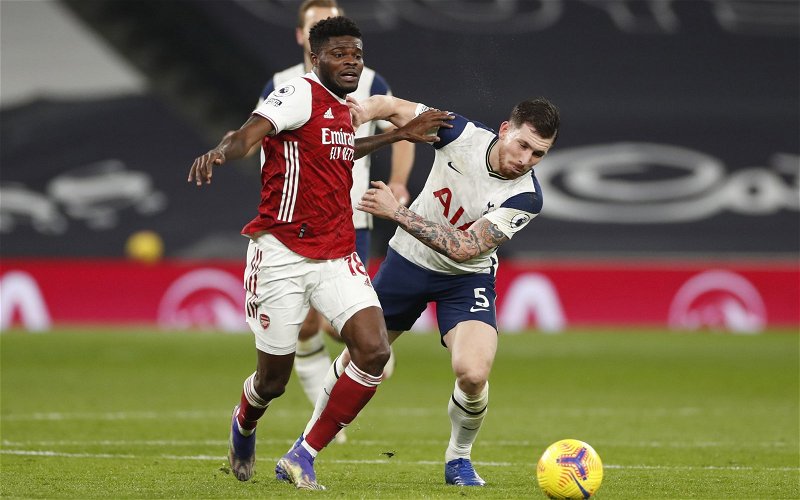 Arsenal journalist Charles Watts has provided an update on Thomas Partey and his recent recovery efforts.

The Ghanaian midfielder suffered an injury during the team’s pre-season game against Chelsea and has been out of action since then, which was a pretty big blow for Arsenal considering he was an important player for them last season.

He led the team in tackles per game, came in second for dribbles per game and finished in the top ten for both average passes and pass completion (as per WhoScored), so he’s certainly someone who could have made things a lot better for Arsenal during their awful start to this season.

He has since returned to training at the club’s London Colney training ground, and speaking about Partey’s recovery on the latest edition of his show, Watts claimed that based on the information he’s been given, he could be back in action as soon as this weekend:

“Some good news on the injury front. Thomas Partey, fingers crossed, is getting very, very close to returning now, could well be involved against Norwich on Saturday.

“He is back in training, we all saw the pictures yesterday from London Colney of Thomas Partey. The plan was always [that] he was going to come back during this international break.

“People close to Thomas Partey telling me that they expect that he can be involved this weekend against Norwich, potentially even starting – but obviously that’s down to Mikel Arteta.

“I’ve got a feeling we might see him on the bench. I think Arteta, as he does quite often, might err on the side of caution.”

Have you been impressed with Thomas Partey since he signed for the club?

No, not good enough yet

It certainly is a big decision for Arteta to make, because this game against Norwich, even though it is so early in the season, feels like a must-win game for the club given their terrible start and the pressure that he is reportedly under to try and get things right.

But at the same time, he might not want to risk someone who can be so important to them, just in case he injures himself again and is out for any further length of time.

As Watts hints at, it does sound as if Arteta will could start him from the bench, and that is probably the right way to handle things. We think Arsenal should keep him back in case of emergency and then throw him on if they are chasing the game or need something to help them see it out.

In other news: ‘From what I was told’ – ESPN journalist drops big update on Arteta’s future at Arsenal