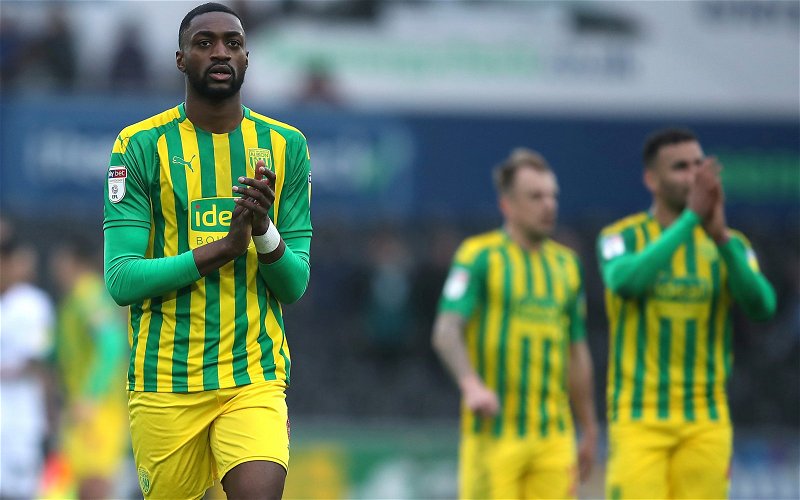 West Bromwich Albion journalist and podcaster Adrian Goldberg has been sharing his thoughts on Baggies defender Semi Ajayi and his recent run of form for the Midlands club.

This comes after Goldberg co-hosted a recent episode of Baggies-themed podcast The Liquidator, where he spoke about a range of topics concerning Valerien Ismael’s side.

On the subject of West Brom’s recent 2-1 win over QPR in the Championship, in which Ajayi played through the entire game, Goldberg had this to say about the defender’s performance and his recent form for the club.

He said: “Semi Ajayi, who is a player I like very much – I love his attitude, he’s always had a ricket in him, Semi Ajayi, but I like his determination, I love the way he gets back, he’s a quick player – but he had a stinker, and he’s been very poor on the ball for the last few matches.

“Now, I don’t know if that’s because he’s gone off a little bit, lost a little bit of confidence, but people again are getting frustrated with that.

“Interesting to see Kean Bryan coming on as a sub for the last few minutes, and I do wonder whether it’s right to take Semi out of the firing line – of course, he did get that late goal against Peterborough that got us three valuable points.

“He’s a warrior, he is a proper player, but he also is worrying me at the moment, he’s not looking secure and his passing is dreadful, sadly.”

West Brom signed Ajayi back in the 2019 summer transfer window from Rotherham United for a fee of £1.49 million. Since then, the 27-year-old, who is currently valued at £5.4 million according to Transfermarkt, has made 87 appearances for the Baggies across all competitions in which he has managed to chip in with nine goals in the process.

Taking into account how Ajayi only managed to rack up a passing accurate percentage of 62.9% from the 35 passes he made against QPR and earned himself the lowest overall match rating of any West Brom player that played the entire game according to WhoScored with a rating of 6.23/10, this backs up what Goldberg had to say about him.

Have you been concerned by Semi Ajayi's recent form?

Moving forward, with Kean Bryan coming on as a substitute in the late stages of the QPR game as Goldberg also mentioned, we feel that it may be worth a shot putting him in from the start moving forward ahead of Ajayi if this form continues.