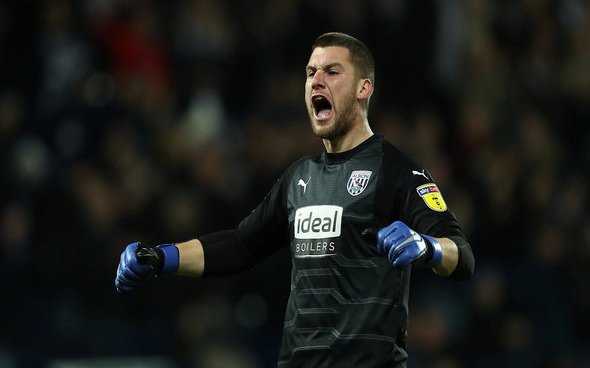 Valerien Ismael, who left the Barnsley hotseat to take charge at the Hawthorns, even confirmed he expected the goalkeeper to depart before the transfer window slammed shut earlier this week.

But a move away from West Brom failed to materialise after leading suitors West Ham United pulled out of the race and signed Paris Saint-Germain shot-stopper Alphonse Areola having seen a £10million bid for Johnstone rejected in July.

Having been left out of Albion’s first clash of the season due to lingering doubts over his future, Johnstone has since played every minute of the Baggies’ Championship campaign.

Ismael has confirmed West Brom are looking to tie Johnstone down to a new contract as his current deal runs out next summer and Palmer is confident the England international will commit his future to the club.

He exclusively told TIF: “Sam has to play because he’s part of the England set-up. If he’s not going to play, he will lose his England place.

“I don’t think West Brom would have stood in his way if a club had met his valuation but that didn’t happen. Signing a new contract makes sense for both parties and I’m sure a release clause will be put in there.

“They just need to get that done, put it to bed and get him signed.”