Sunderland coach David Preece has been sharing his praise for Black Cats striker Ross Stewart and his start to the current season.

This comes after Preece made an appearance on The Athletic’s Totally Football League Show, where he reflected on the latest round of results across the EFL.

On the subject of Stewart, who has scored five goals in Sunderland’s eight League One games so far this season, Preece had this to say about the player.

He said: “I don’t really want to speak too highly of him because you don’t want to attract too much attention to him, but his performances are doing that all on their own.

“You can call him whatever you want, the Loch Ness Lewandowski of whatever it was he gets called.

“He’s just got everything, he’s mobile, he’s quick, holds the ball in well, his link-up play is great and his heading ability, really, it’s better than most people passing with their feet, to be honest with you, and he’s started the season really confidently.”

Sunderland signed Stewart in the previous January transfer window from Scottish club Ross County for a fee of £304k.

Since then, the 25-year-old, who is currently valued at £450k according to Transfermarkt, has made 22 appearances for the Wearside club across all competitions.

Has Ross Stewart been Sunderland's best player so far this season? 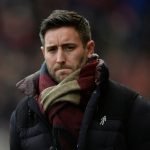 As well as his impressive start to the season in terms of scoring goals, the fact that the striker is the only Sunderland player to have played every minute of league action so far this season and is currently listed as their highest-rated player in terms of performance with an overall rating of 7.71/10 according to WhoScored, it’s safe to say Stewart has been a vital figure for Lee Johnson’s side in this campaign and shows why Preece is so full of praise for him.

Moving forward, if Stewart can keep scoring goals for Sunderland on a regular basis throughout the rest of the season, he could well help the club secure a potential promotion by the end of it.

In other news: ‘Lump in throat’, ‘Crying’ – Many Sunderland fans flock to footage