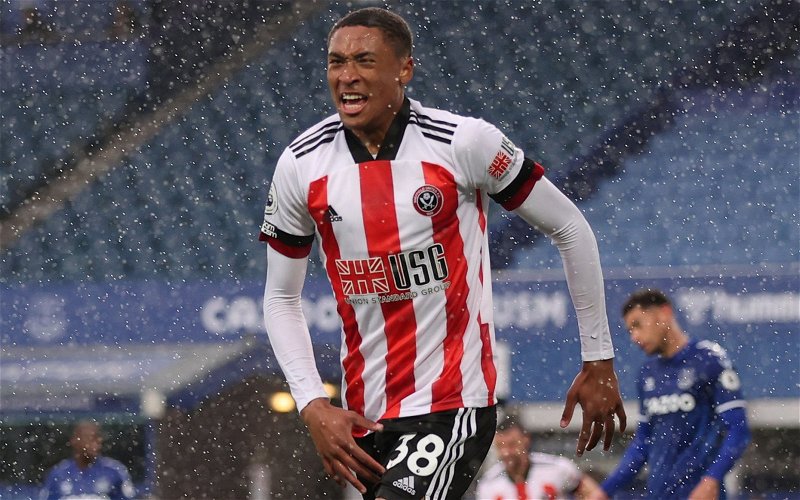 Sheffield United fans have been reacting to footage of forward Daniel Jebbison that has emerged whilst on loan with Burton Albion.

The 21-year-old didn’t see much playing time during his days at Bramall Lane, only really being used last season after their Premier League fate had been sealed, although he did manage to get on the scoresheet during their game against Everton.

He did get some minutes during the club’s early games in the Carabao Cup this season, but ultimately it was decided that he would be better off getting minutes away from the club and was sent on loan to the League One side.

He scored his first goal for the club on Tuesday against Portsmouth, hitting an impressive effort from outside the box to bag the winning goal on the night.

The effort was relayed to fans by the Sheffield United Twitter account for them to react to, and it certainly left a number of them impressed, with some suggesting that they should recall him when given the chance:

“First team football, consistently. Great loan deal and when he returns he could be a real player”

@SheffUNews
“This lad has potential. Plz don’t do a slew”
@TheChewitAll
“Future of Sheffield”
@Greg_Hookwa
“Get him back in January”
@BungalowBlade
“If only we had a finisher like that at the club”
@sufc1971
“What’s he doing at Burton! Get him back quickly he’s needed at the Lane!”
@IanIanlimb

Despite his fine finish, they are perhaps jumping the gun a bit here, it is only one goal in League One after all, and with the Blades having scored 13 goals in 10 games, it’s not as if they are totally struggling to find the net so far this season.

In other news: “Needs a kick up the backside” – Exclusive: Graham Roberts slams £25m Spurs ace after torrid day