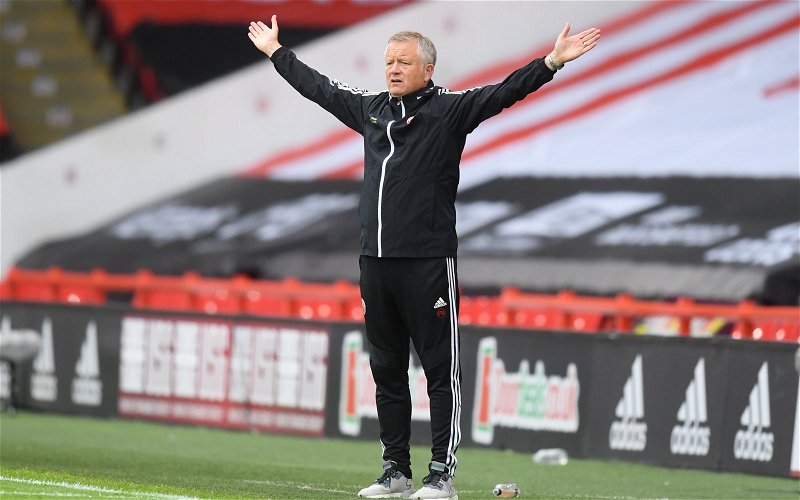 Nottingham Forest fans on Twitter have been responding to the latest claim to emerge concerning a possible replacement for Chris Hughton, who was sacked from his position as manager earlier this week.

The article claimed that Chris Wilder “would welcome the opportunity” to become the next Forest manager.

The article also added that Wilder “is yet to speak with the Forest hierarchy, but he would be keen to do so given what he sees as the long-term potential for success.”

This post then quickly grabbed the attention of a lot of Forest supporters who were not shy in sharing their thoughts on the matter.

So, what did these Forest fans have to say in response to this claim about Wilder?

“Give him what he wants!”

“Give him the job @NFFC“

“Please give it him over Cooper”

“He would be my choice”

Looking at the replies to this post, it’s clear to see that these Forest fans would love to see Wilder take the manager position at the Midlands club.

Looking at Wilder’s managerial record and specifically how he managed to take Sheffield United from League One to the Premier League in his first three seasons at the club, this shows why these Forest think he could be a good fit to replace Hughton.

Would you like to see Chris Wilder be appointed as Forest's new manager?

In our view, if Wilder is supposedly keen on taking the position at Forest, we feel the club should definitely consider him as a potential option moving forward based on his previous track record and the fact that he is currently available.

In other news: ‘Yessss’, ‘Never been so happy’ – Many Nottingham Forest fans thrilled as ‘best news’ emerges