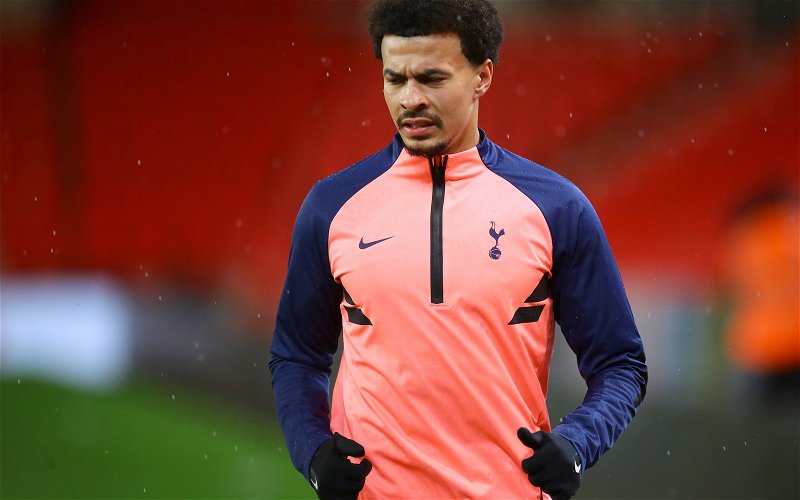 Lots of Tottenham Hotspur fans have taken to Twitter to voice their thoughts at Dele Alli’s performance in their pre-season game against Arsenal on Sunday.

The 25-year-old has played a prominent role in the north London side’s pre-season efforts and started yet again in the game against their bitter rivals.

However, the Englishman did receive a lot of criticism from some Spurs fans who were left far from impressed by his display in their game at the Tottenham Hotspur Stadium on Sunday.

In the first half of the game, Dele missed from a matter of yards out and picked up a yellow card for a reckless tackle on Arsenal winger Nicolas Pepe.

“DELE ALLI GET OUT OF OUR CLUB!”

“Dele Alli is big washed hate to see it darg”

Dele struggled massively for game time in the 2020/21 Premier League campaign which saw the Englishman make just 15 appearances across the whole season (via Transfermarkt).

And it seems patience with these Spurs fans is wearing thin when it comes to Dele with many suggesting he should not be starting in their season opener against Manchester City next Sunday.

In other news: ‘Levy’s got blood on his hands’, ‘Biggest mistake’ – Many Spurs fans ‘crushed’ by transfer claim