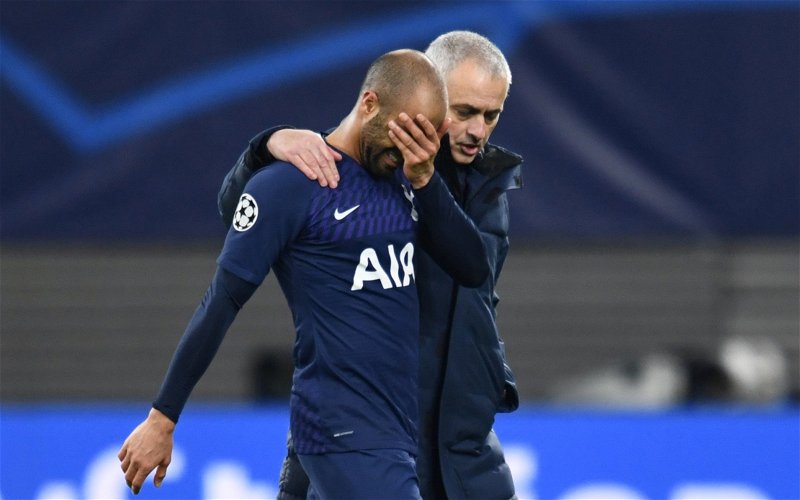 A lot of Tottenham Hotspur fans have taken to Twitter to voice their thoughts at Lucas Moura’s first-half display in their pre-season friendly against Chelsea.

The Brazilian started in their Mind Series pre-season friendly game following his start in their previous outing against MK Dons just last week.

However, the winger was at fault for Chelsea’s opening goal after giving the ball away in the middle of the park which saw Hakim Ziyech beat Pierluigi Gollini on his Spurs debut.

Having made 30 appearances last season in the Premier League for Spurs, the winger was only able to find the back of the net on three occasions (via Transfermarkt).

Spurs fans flooded to Twitter to vent their rage at their 28-year-old forward following his error in the lead up to the Chelsea goal.

“Lucas Moura is a horrendous footballer”

@Joshh_N17
“Sell Lucas Moura”
@tntNdombele
“And that is why #LucasMoura can not be relied on in big games.”
@jack_sfinch
“Lucas Moura is extremely bald”
@ThfcAnton
“Jesus Lucas Moura…. Get rid.”
@georgehawkins__
“What a surprise. Lucas looks good against awful opposition and looks awful against premier league. Please can we just sell him”
@DarrenLeeBolton
“First serious team we play in preseason and Lucas ghosts again.”
@G__Division
“And that’s why, Lucas Moura shouldn’t be any where near this squad”
@beelzebull29

There have been reports suggesting Spurs would be open to allowing Moura to depart the club this summer if the right bid was to come in for him.

And despite three years remaining on his current Spurs deal, it seems a lot of these fans would welcome the sale of the Brazilian this summer.