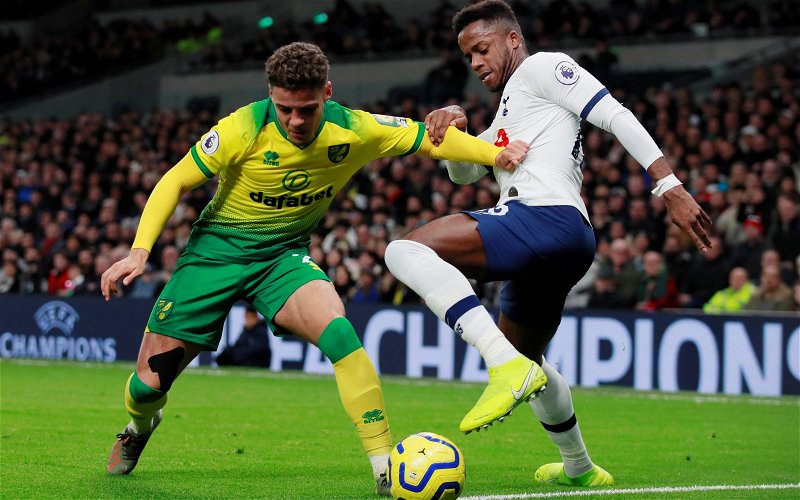 During their Europa Conference League Qualifier against Pacos de Ferreira, a lot of Tottenham Hotspur fans took to Twitter to share their thoughts on Ryan Sessegnon’s display.

The Englishman spent last season out on loan at Bundesliga side Hoffenheim having joined the Lilywhites back in the summer of 2019 but struggled for game time.

What would you do with Sessegnon?

Having returned to the north London club, Nuno Espirito Santo granted the 21-year-old his second consecutive start in the European competition after starting the game last week in Porto (via Transfermarkt).

Spurs fans flocked to Twitter to share their disappointment in the showing from Sessegnon who the club spent £24.3m on the youngster back in 2019.

@Keith_678
“Sessegnon so really bad, Gil is better”
@gifarihidayat
“Sessegnon is useless… Sell him on.”
@LeeSmith2000
“Sessegnon is actually Sunday league standard, literally no ability!”
@jay11284xxx
“sessegnon was such a terrible signing”
@soldoutdatez
“Sessegnon won’t make it at spurs”
@harryhoudini807
“How disappointing is sessegnon”
@CharliePren

During his time in Germany, the 21-year-old was only able to make 23 appearances in the Bundesliga after suffering an injury that kept him out of seven of Hoffenheim’s games (via Transfermarkt).

However, it does not seem like these Spurs fans are glad to see the Englishman back at the Tottenham Hotspur Stadium with what they felt was an incredibly underwhelming display.