In his YouTube video, Tottenham Hotspur reporter Alasdair Gold has been speaking about one of the north London club’s top transfer targets this summer.

Bologna’s Japanese defender Takehiro Tomiyasu has been heavily linked with a potential summer move to Tottenham, however, his participation in the Olympics saw the deal slow.

Do you think Tomiyasu would play CB or RB? 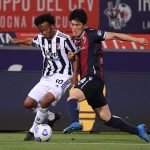 Since being linked with the 22-year-old defender, Spurs have added two new additions to their side from Serie A in the shape of Pierluigi Gollini and Cristian Romero who have both joined from Atalanta.

It has been reported the two clubs are close to a deal for the defender which is believed to be worth in the region of £15m plus add ons.

Discussing the potential deal, Gold had the following to say on the rumblings he has heard coming out of Tomiyasu’s camp.

“As I said before, the last time I spoke to people on his side of it, they were confident that a deal would be done after the Olympics.

“It’ll be interesting to see now whether Spurs will go to tie that up. I mean, if they’ve managed to not pay the fee for [Cristian] Romero which is still incredible when I think about that in my head.

“If they’ve managed to not pay a fee that could free up the funds now for Tomiyasu who we’re led to believe, wasn’t a huge amount of money and they were looking for less than £20m for him or you know somewhere in that ballpark. So yeah, maybe that deal does get done now.”

TIF Thoughts on Tomiyasu to Spurs…

The Japanese defender would certainly bring versatility to the Spurs defence if the deal was able to be finalised having shown during his time at Bologna he can play at both right-back and centre-back.

However, we think he would be more likely to challenge for the starting right-back spot which is still under serious questioning ahead of the start of the new Premier League campaign.

With Serge Aurier believed to be hoping for a move away this summer, the right-back spot may likely be given to Matt Doherty, who struggled to hit form last season at Spurs.

With this in mind, we think it is plausible to see Tomiyasu being brought in with the right-back spot in mind for the Japanese defender.