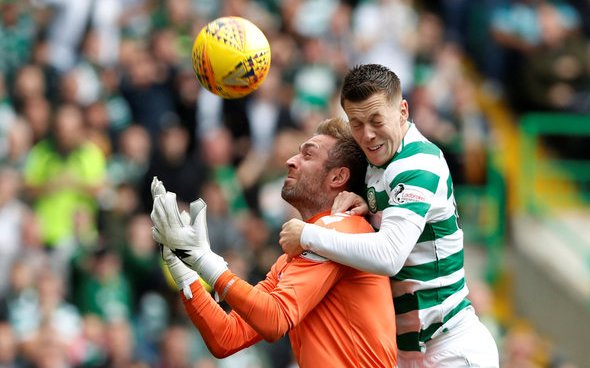 As it stands, Rangers have been ravaged by a virus outbreak in the squad. Steven Gerrard and a number of his players missed the Europa League play-off against Alashkert as a result.

With an eye on this weekend’s Old Firm derby, however, McManus has claimed that McGregor could be the biggest loss for the Ibrox outfit on the day, to that point where it could be the deciding factor between the two teams.

While speaking on the PLZ Soccer Show, the pundit said: “The big problem is, looking ahead to the Old Firm game, how many of these guys are going to be back?”

He added: “The goalkeeper’s the issue. Allan McGregor’s been fantastic in Old Firm games.”

After winning the Scottish Premier League at a canter last season, it looks as though Rangers may have their work cut out if they want to hold on to the title.

McGregor played a decent part in the club’s successful campaign of 2020/21 – featuring in 24 league games and only conceding eight goals, which included two Old Firm clean sheets. His absence could be felt on the weekend.

It’s early days yet, but the reigning champions currently sit level with Celtic on points in fifth place, with both teams winning two and losing one of their opening three games.

The derby represents not only the opportunity to afford one set of fans bragging rights, but also an early chance for either team to take an early lead in the title race.

Ange Postecoglou seems to have got his side firing, with the Bhoys coming into the fixture having won every game they have played in August so far.

Can Rangers ruin that fine record? Only time will tell.