A lot of Sunderland fans are buzzing on Twitter with the progress made over the potential signing of Dennis Cirkin.

As it stands, Sunderland are far from blessed in the full-back position, despite their League One campaign kicking off this weekend, with Luke O’Nien, who played their last season, set to be handed a midfield role by Lee Johnson this campaign. 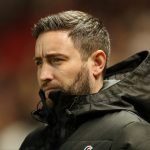 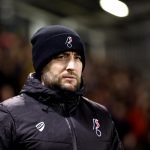 The Black Cats are still yet to pay a transfer fee for anyone this summer, so Cirkin, who is reportedly going to arrive on a permanent deal, could be their first cash purchase in the market.

Many Sunderland fans are delighted on Twitter with the latest Cirkin news.

“Talk about patience for top tier signings. What a cracking deal this would be… #safc“

“This honestly sounds too good to be true. Hope we pull this off.”

“Sounds a decent player according to Spurs fans. Let’s hope this one gets over the line.”

“This sounds like a very promising potential transfer! Let’s hope it goes smoothly and we can welcome him to the SOL soon!”

Cirkin has managed to rack up 55 appearances for Tottenham’s youth sides both in domestic and European competitions, but is still yet to make his first-team debut at the age of 19.

The full-back would be Sunderland’s second signing this season under the age of 20 as they managed to strike a deal with Manchester City and brought in Callum Doyle on loan – and it seems plenty of fans would welcome his arrival on Wearside.