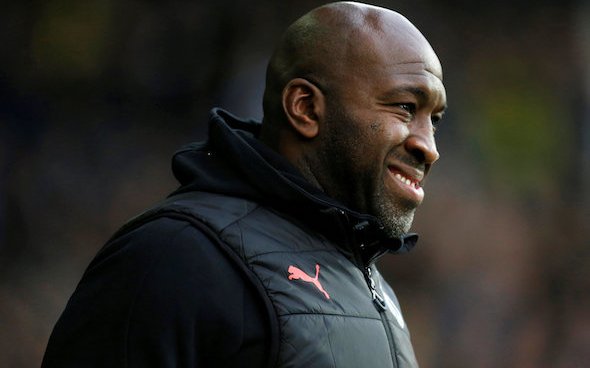 Former Sheffield Wednesday goalkeeper Mark Crossley believes that Darren Moore is the perfect person to rebuild the Owls and has got the right mix of players who have been at the football club a while and new arrivals this summer.

The Owls have brought 13 new players to Hillsborough this summer and the team seems to have gelled pretty quickly as Sheffield Wednesday remain unbeaten going into Saturday’s game against Rotherham after picking up two wins and a draw from their opening three fixtures.

New signings Dennis Adeniran and Lee Gregory have both been on the scoresheet in the opening fixtures of the season, and former Owl Mark Crossley doesn’t believe the 13 new signings is a worry for the club.

“Yeah, 13 new signings in total, so I was told last Saturday. The first week of the season, five of those new signings played. You’d like to think the easy thing to say was that it’s going to take time, but the team last Saturday, you’ve got Liam Palmer, Iorfa, Hutchinson, Bannan, these are players that were regular last season as well, so you have got kind of the foundation there in place.

“So, when you make so many signings, 13 new signings, Darren Moore obviously is doing a rebuilding job at Sheffield Wednesday, got rid of all the big earners which I thinks a good thing, so hopefully Sheffield Wednesday can stabilise financially and build. And Darren Moore’s the perfect person to have in there to rebuild the football club, with some experience that he’s kept and not got rid of, so I think it’s a good mix,” Crossley told This is Futbol.

With the positive start that the club have made to the season, everybody connected with the football club will be hoping that that they can continue and have a good go at getting promotion this season back to the Championship.