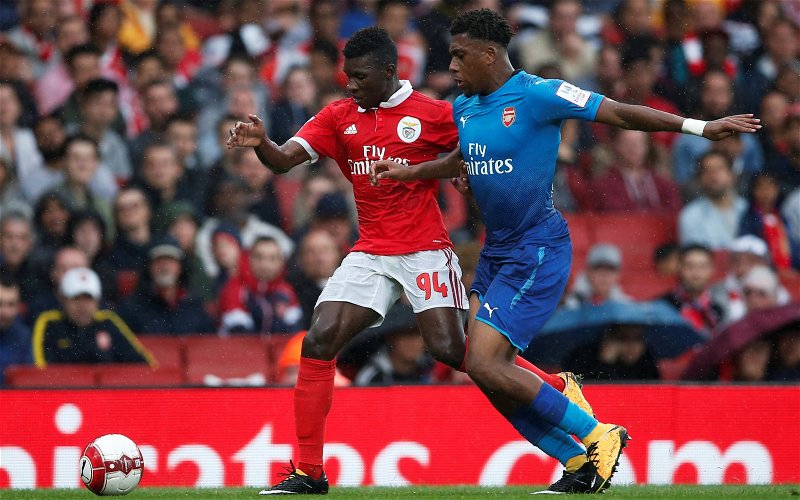 Celtic fans on Twitter have been responding to the latest claim to emerge concerning the club’s reported chase to sign Royal Antwerp right-back Aurelio Buta.

This comes after journalist Scott Burns shared a post on his Twitter page revealing that Celtic have agreed a deal with Antwerp for the defender, following reports that the Hoops were in fact still in negotiations over a transfer.

Burns then added that “agreeing personal terms with the player has been the issue” and that he is “not looking for bank-breaking money either”.

This post then quickly caught the attention of a lot of Hoops supporters who were not shy in airing their thoughts on this latest update.

So, what did these Celtic fans have to say in response to this news from Burns about Buta?

“Get the deal done Celtic and stop penny-pinching.”

“We are the worst football club and negotiating”

“So Bolingoli V2 but RB just attack and vibes”

“I hate this club man”

“We know how this story ends”

“But I thought Peter Lawwell stepped down”

Looking at the replies to this post, it seems as though these Celtic fans are quite frustrated to hear that their club could be trying to work out suitable financial terms to sign Buta this summer rather than just get the deal confirmed as soon as possible.

Would you be happy to see Celtic sign Buta?

Given how Celtic only have Anthony Ralston and Lee O’Connor in their squad that play in the right-back position, it’s understandable why these Celtic fans want their club to secure the signing of Buta as quickly as possible considering how they have already got their 2021/22 SPFL season off to a bad start after losing 2-1 to Hearts at the weekend.

In our view, the best thing Celtic can do now is secure the signing of Buta and any other potential transfer they may be looking to do as soon as possible so Postecoglou can start to work on getting his entire squad together and playing how he wants as the season continues.