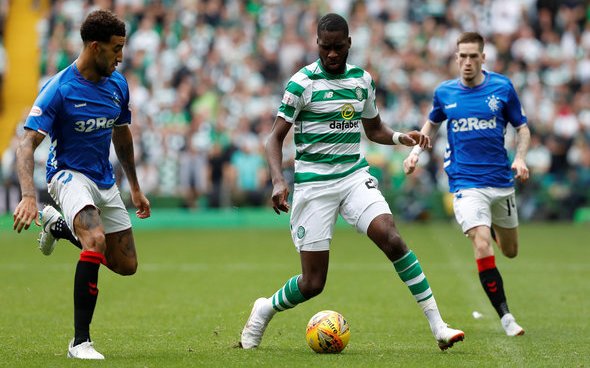 Scottish footballer Chris Millar has suggested that one of Celtic’s biggest stars has shown clearly that he wants to leave the club.

Odsonne Edouard has been the subject to some rumours linking him away from the club in recent times, with Roma said to be considering a move for the French forward.

In the eyes of former Celtic youth midfielder Millar, this speculation has affected Edouard’s performances for Celtic and it has been evident to see in his ‘body language’.

While speaking on The PLZ Football Show, Millar said: “I think if anybody’s looked at his body language and the way he’s been playing of late, it looks as if he’s playing a gear, or two gears sometimes, down from the Edouard that you know he can be.

“When it happens like that, when a player doesn’t want to be at a club anymore, or a player’s tempted to go elsewhere, it’s hard for a club to continue to keep him there and try and force him there maybe against his own will.

“Look, it’s not nice, it isn’t nice. You’ve signed a contract, you’re supposed to see it out. But you can’t have that, because other players see it.

“He’s not doing his job, the fans kind of start to get on his back, he’s not performing well, it’s not good for the dressing room. So maybe it’s better, sometimes, to take the money and move on.”

It’s no secret that a number of clubs have been eyeing up a move for the forward. Brighton seem to be the English club currently leading the face for Edouard’s signature.

The Seagulls recently received something close to £50m for Ben White when they sold him to Arsenal, so they should have the finances to meet the reported £15m price tag for Edouard.

If the striker was to leave this summer, Celtic fans could probably take comfort in knowing that new attacker Kyogo Furuhashi has made a great start to his career in Scotland.