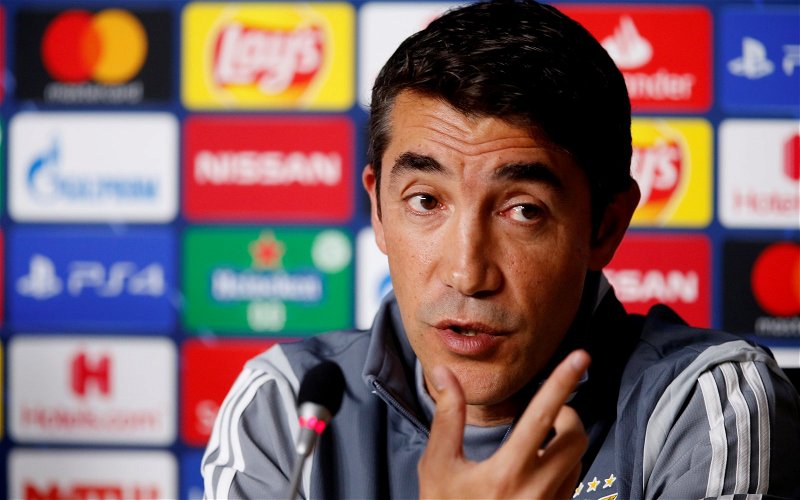 Journalist Liam Keen has given his view on Wolves boss Bruno Lage and whether or not he is likely to be under any pressure at Molineux early this season.

The Portuguese tactician was only appointed to the role earlier this summer, and wasn’t able to get off to a winning start to life in the Premier League as his side fell 1-0 to Leicester City.

The fixtures don’t get any easier in the coming weeks as they have to face Tottenham Hotspur and Manchester United in consecutive weeks in the Premier League, so in theory, he could find himself staring at zero out of a possible nine points to start the season off.

It led one fan to ask a question on the latest edition of the E&S Wolves Podcast about whether a bad start to the year would lead to Lage being under pressure from the board. Keen responded by saying that he didn’t think the pressure would come this early in the season, but that he didn’t rule anything out if things didn’t pick up soon after:

“It depends what you mean by ‘bad start’, because if you’re talking 10/15 games in [and] they’re down there struggling, the pressure obviously will start to come from inside and Fosun have been ruthless in the past and they won’t be afraid to make a decision, I’m sure.

“But if you’re talking about these three games and how difficult the start is, I think the pressure more would be from the outside. I don’t think he would be pressured from the inside too much, I think there’d be a calm, measured response to it.

“Give it 10/15 games, if they haven’t got a win yet, or if they’re sitting down there in 18th/19th on a handful of points, then maybe it’s a different conversation.”

Will Bruno Lage last a full season at Wolves?

This is quite a reasoned argument from Keen and the facts do somewhat back him up on this one. The Wolves owners were known to be quite trigger-happy when it comes to managers in the early days after they took charge in 2016, and we have seen some quick-fire changes in the Premier League, most notably Frank de Boer and his tenure at Palace.

So whilst Lage might be able to get away with it during the early stages as he beds himself into the Premier League against three teams that finished in the top seven last season, that is possibly all the leeway that he is given.

It’s probably impossible for Lage to recreate what his predecessor Nuno Espirito Santo did this early on, but as long as things aren’t a total disaster and there is some sign of things moving in the right direction, then he should feel somewhat safe in his position.