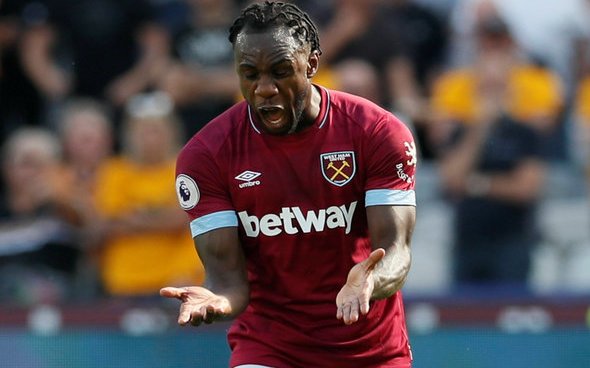 Journalist George Elek has claimed that West Ham United forward Michail Antonio could yet play for England at international level.

The Hammers striker acquired a Jamaican passport earlier this month, and was consequently all set to make his debut in the upcoming international break.

However, due to the pandemic, the Premier League has announced it would not be forcing clubs to not release players for international matches played in red-list countries next month, which has thrown Antonio’s potential debut into some doubt, with clubs deciding against allowing players to join their respective teams.

While talking about the striker on The Athletic Football Podcast, Elek wondered whether Gareth Southgate would be interested in turning the striker’s head towards the Three Lions.

Speaking just after the latest England squad was announced, he said: “I know that Antonio is getting his Jamaican passport and is set to become a Jamaica international fairly soon. But I wonder if a call went in, just to say, ‘do you actually fancy changing your mind?’

“Because he’s an incredible player. So many different strengths to the way that he can run in behind, he can hold the ball up; he’s a very intelligent footballer with the quality to boot.”

31-year-old Antonio was actually called into Sam Allardyce’s first and only squad for a World Cup qualifier against Slovakia in 2016.

He later made a Gareth Southgate squad in October of the same year, but on both occasions failed to make it off the bench.

As he did not feature in any games, the London-born forward is still eligible to play for Jamaica – the nation of his parents’ birth.

Having seemingly fallen out of the England frame, The Athletic reported Antonio now wants to be part of Jamaica’s qualifying campaign for next year’s World Cup in Qatar, as he believes it will be his best opportunity to play in the game’s biggest tournament.

But, with the striker starting the new season in fine form – becoming West Ham’s all-time leading Premier League goalscorer with 49 goals  – Antonio could find himself potentially back in Southgate’s thoughts if his competitive bow for Jamaica is delayed as the World Cup slowly edges closer.