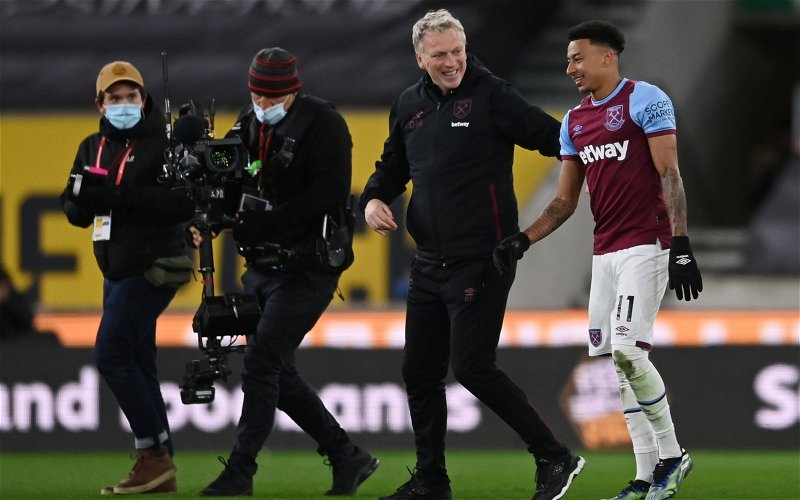 West Ham insider ExWHUemployee has been speaking on The West Ham Way podcast about the options the Hammers have in terms of signing players on the final day of the transfer window.

The Hammers appear to have exploded into life in the last week of the transfer window, sealing a deal for Champions League-winning centre-back Kurt Zouma and have recently brought in attacking player Nikola Vlasic.

They don’t appear to be slowing down either, with Ex revealing that loan deals are where the Hammers will predominantly be looking at as many clubs head into deadline day still eager to get some business completed.

West Ham’s transfer options were discussed by Ex on Monday’s edition of the podcast.

He said: “I have been told that West Ham are going to sign a loan player [before the deadline], possibly two or three loan players, but at the moment, there is actually a loan deal set up.

“Now, whether that would be for Lingard is questionable, because there was obviously a year left on his contract. You could maybe loan him until January, and he could then decide what his next move is, go back to Manchester United, sign a new deal, sign for West Ham permanently or look for another club.

“I guess that could be an option, possibly, but it doesn’t make necessarily that much sense to try and loan a guy with a year’s contract, or Manchester United could offer him a new deal, a two-year deal, and then still loan him out.”

It appears quite clear that the Hammers have been playing the waiting game with Jesse Lingard to decide what he wants to do this season, which is understandable considering how well he performed for the Hammers during the second part of last season, when he scored nine goals and registered five assists in 16 league games.

Whether or not another loan deal for the midfielder is realistic, it could at least avoid the need to pay a transfer fee as he runs down his Old Trafford contract – though whether Ole Gunnar Solskjaer’s side would be willing to sanction that remains to be seen.

It looks as though something will happen regardless, with Ex claiming loan deals are in the works – so perhaps fans can be waiting for incomings late on in the window.

The Hammers, while waiting on Lingard, also appear to have kept many plates spinning this summer as they have announced the signing of Vlasic, who looks to be Lingard’s alternative that David Moyes has opted to go for, and he arrives having registered double-digit figures in terms of goals in back-to-back seasons for CSKA Moscow.