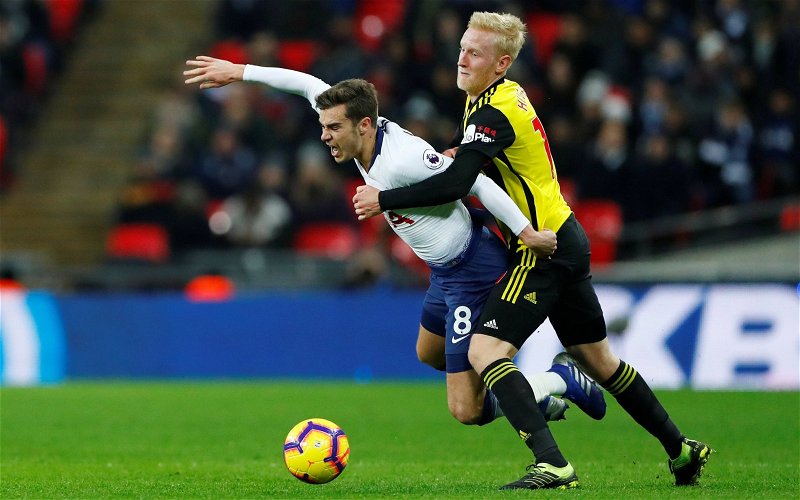 Watford journalist Adam Leventhal has been sharing the latest update surrounding Hornets midfielder Will Hughes and a potential exit from the club this summer.

This comes after Leventhal co-hosted a recent edition of The Athletic’s Watford-themed podcast From the Rookery End, where he spoke about a variety of topics surrounding Xisco’s side.

After it was recently reported by the Daily Mail that fellow Premier League side Crystal Palace had seen a bid for Hughes rejected by Watford, Leventhal had this to say on the matter.

He said: “From what I understand, the valuation that was discussed from the Crystal Palace end, i.e. the amount of money that they offered, was around £5 million. It wasn’t necessarily laughed away, but it was highlighted that that’s not enough.

“So, then if you get that response, it’s then up to you to decide whether you go back and you say ‘right, well, here’s £6 million or £7 million or £10 million,’ or whatever, but as I understand it, nothing has happened since that point.”

Taking into account what Leventhal had to say, it seems that if Palace want to sign Hughes this summer, they will have to come back with an improved offer for him for Watford to consider selling him for.

Do you think £5m is a fair price for Hughes?

However, given how the report claimed the south London club are not willing to offer more money for Hughes this summer, perhaps this could spell the end of their interest.

Moving forward, given how Hughes has previously rejected a contract offer, perhaps it would be best, in our view, if Watford accepted a future bid for him this summer if it comes and meets their expectations, or else they could end up being stuck with the midfielder who may not be willing to play for them this season after they demoted him to their U23 side last month.

In other news: ‘From my understanding’ – Journalist drops Andre Gray transfer update at Watford