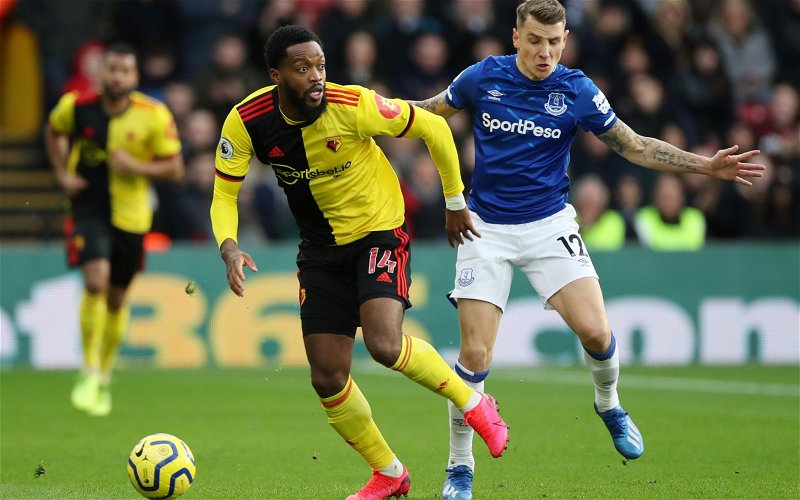 Watford journalist Adam Leventhal has been sharing some insight regarding Hornets midfielder Nathaniel Chalobah, his current situation at the club and what the future could hold for him at Vicarage Road.

This comes after Leventhal co-hosted a recent edition of The Athletic’s Watford-themed podcast From the Rookery End, where he spoke about a number of topics concerning Xisco Munoz’s side.

On the subject of Chalobah, Leventhal had this to say about the player and his situation, with his current contract set to expire next summer.

He said: “From my understanding in the last sort of 24 hours or so, I think that he’s maybe seen a little bit more as someone who isn’t aggravating as much for a move, and I think they’re a bit more relaxed about the situation.

“Maybe they think by the end of the transfer window, someone may well come in and take him and they will consider that option. And there is still the possibility that, for one reason or another, they might extend, they might actually see him as a viable squad player.

“Or, if they don’t get the player that they want – a player that can be combative in midfield, can get up and down, can do a job in terms of turning the ball over and releasing it to maybe more flair players – then maybe he might be retained, maybe there is a possibility of him remaining at the football club.”

Watford signed Chalobah back in the 2017 summer transfer window from fellow Premier League side Chelsea for a fee of £5.67 million.

Since then, the 26-year-old, who is currently valued at £4.5 million, has made 127 appearances for the Hornets across all competitions, in which he has managed to score nine goals and provide three assists along the way (per Transfermarkt).

Given how only Ken Sema (41) and Ismaila Sarr (39) made more appearances than Chalobah (38) in the Championship last season, this just goes to show how valuable he was for Munoz and the team last season and how there shouldn’t be any concern over his playing time next season, either.

Would you offer Nathaniel Chalobah a new deal at Watford?

In our view, given how Chalobah is the only player that Watford currently have in their squad that predominantly plays in the defensive-midfield position and can also play as a centre-back and central midfielder as well, we feel that the club should definitely keep hold of the player because of how versatile he is and how useful that could be for the team this season.

Also, as mentioned earlier, with Chalobah’s current contract set to expire next summer, the club should definitely consider offering him a new one if he has a good season with them this time around.