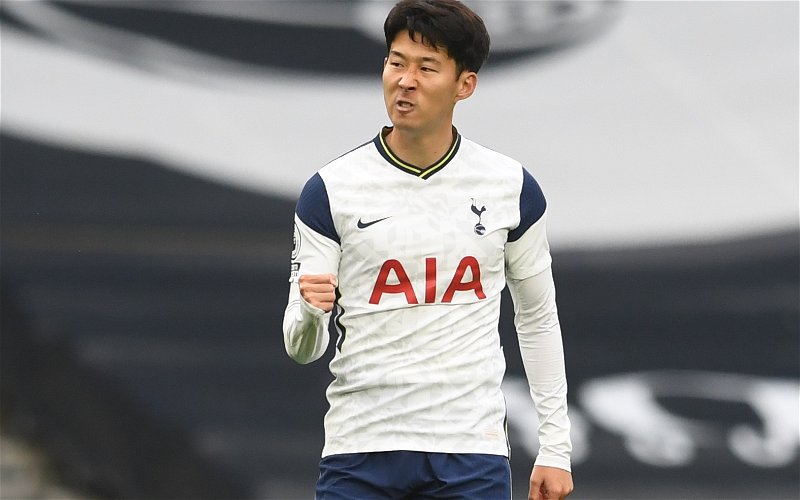 On the latest edition of the Gold & Guest talk Tottenham podcast, journalist Rob Guest has been speaking about a potential injury concern at Tottenham Hotspur.

Spurs recorded their second consecutive win of the 2021/22 Premier League season on Sunday in their trip to Molineux which saw Dele Alli’s penalty claim the points against Wolverhampton Wanderers.

However, Guest revealed a potential injury concern among some of the Spurs hierarchy for their forward, Heung-min Son.

The South Korean international started the game against Nuno Espirito Santo’s former side but was taken off for Harry Kane after 71 minutes.

Discussing the winger’s potential injury issue, Guest had the following to say on what he noticed on the sidelines after Son was substituted off.

“What was noticeable was he did have a bit of strapping on this left hamstring. He did come off 20 minutes from the end.

“What I noticed at full time was Fabio Paratici had a word with him, Steve Hitchen as well, Nuno [too]. So there’s definitely some concern and he was walking gingerly.”

It has been interesting to see Son play up front as the sole striker with Harry Kane sidelined amid his transfer speculation linking with a potential summer switch.

Son secured the points for Spurs in their opening game against Manchester City, however, he did seem to struggle a little bit against Wolves although that may be down to this suggested injury issue.

We are interested to see what effect a potential injury issue for Son would mean for Kane’s game time a surely time out for Son would propel Kane back into the starting XI.