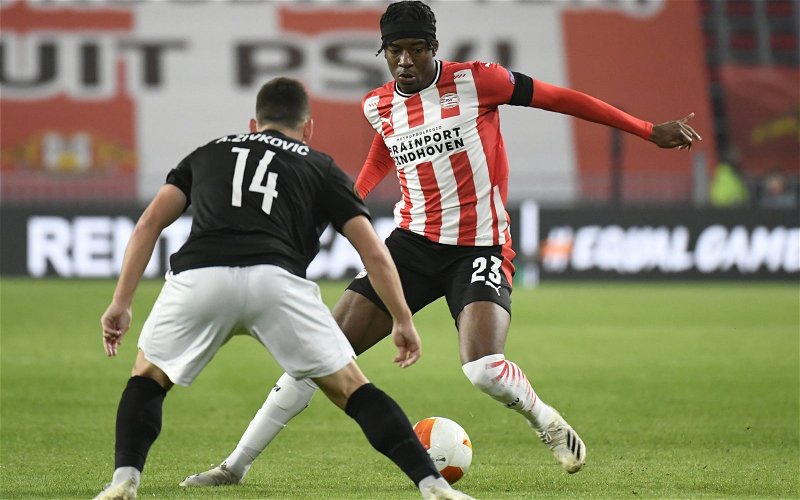 A whole host of Tottenham Hotspur fans have reacted positively on Twitter to the latest links to Noni Madueke.

It is being reported by Sky Sports that Spurs will have to fork out at least £30 million for the PSV Eindhoven winger, who is still just 19 years old but impressed last season with nine goals and eight assists across all competitions.

Have you been impressed by Nuno at Spurs?

Madueke was with Tottenham’s youth system from 2014 but was released back in 2018 and joined his current side, but having impressed and proved himself abroad, the north London club could be in line to try and tempt him back to the Premier League.

A lot of Spurs fans appear to be delighted on Twitter when @TheSpursExpress relayed the news to them:

“Bring the lad back! Man’s a baller and is a great winger. Sign him!”

“I beg you @SpursOfficial”

Over the summer, it has been claimed that PSV are not afraid Madueke will leave (ESPNnl, via Football.London), especially with the Dutch side losing their star striker Donyell Malen, to Borussia Dortmund this summer who managed to net 27 times last season.

As it stands, Nuno Espirito Santo can call upon Lucas Moura, Steven Bergwijn, Ryan Sessegnon, Bryan Gil, Son Heung-Min and Jack Clarke to be his wide options but with the latter having failed to impress since joining in 2019, bringing in a young and promising talent who already knows the club would be a smart move if Spurs can afford him.