Sky Sports reporter Lyall Thomas has been discussing all things Tottenham Hotspur-related on the latest YouTube video from the Last Word On Spurs channel.

The main topic of discussion was potential incomings and outgoings at Spurs this summer, and Juventus’ Weston McKennie was a player whom Thomas and host Ricky Sacks discussed at length. 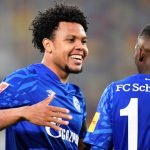 It has been reported (as per The Independent) that the north London club view the American midfielder as a potential option to purchase in the final few days of this summer’s market.

Discussing whether there have been any discussions between Spurs and Massimiliano Allegri’s side thus far, Thomas had the following to say on the situation.

“It’s not a player that I’m aware Tottenham are working on at the moment. I’ve been told there haven’t been any discussions over doing that deal between the clubs.

“I know that Juventus are open to letting him go. I think Juventus are looking to still recoup some funds from player sales as well. I think his level of wages is more at the level that more clubs in Europe could afford. So I think that makes him a little bit more of a realistic player that they can move on.

TIF Thoughts on McKennie to Spurs…

It is interesting to hear the contrast in understanding between the Sky Sports man and the report emerging from The Independent just a matter of hours later.

With a matter of days remaining in this summer’s transfer window, it does seem like a big deal for Spurs to get over the line considering there is clearly still a difference in understanding with regards to the club’s level of interest.

We feel this deal could rest on the future of the reported wantaway Tottenham ace, Tanguy Ndombele.

If Spurs are able to find a new club for the Frenchman, then we feel a potential deal for McKennie becomes a lot more realistic with Ndombele off the wage bill and likely to bring in a decent fee with four years remaining on his deal.