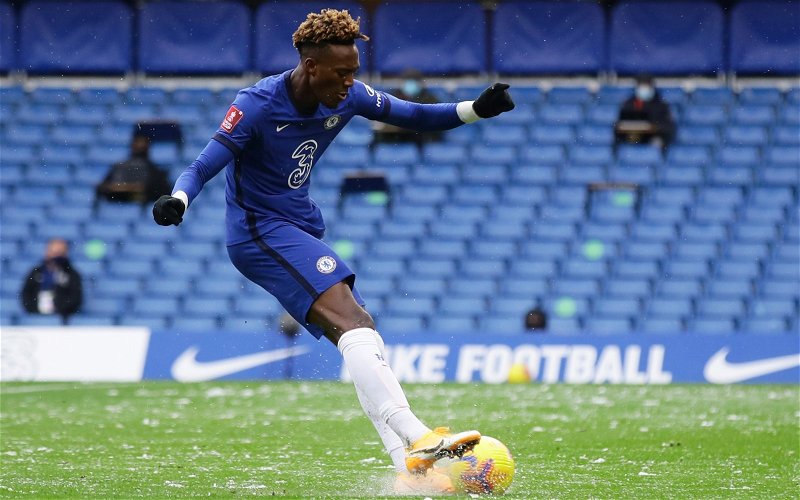 This comes after McGarry co-hosted a recent edition of The Transfer Window Podcast where he spoke about the latest transfer-related topics.

On the subject of Tottenham and the potential transfer business that could take place at the north London club this summer, McGarry had this to say about Abraham in particular.

He said: “We have learned that Tammy Abraham, the Chelsea striker, has been the subject of interest from Tottenham, who are clearly and under Nuno Espirito Santo looking to options if [Harry] Kane is sold.

“It is also the case that that seems to be inevitable before the transfer window closes that Kane will become a Manchester City player and Tammy Abraham is one of those who Nuno is looking to recruit to replace Kane.”

Abraham, who is a product of Chelsea’s youth system, made his senior debut for the club back in May 2016 in a 1-1 Premier League draw against Liverpool.

Overall, the 23-year-old, who is currently valued at £34.2 million according to Transfermarkt, has made 82 appearances for the west London club across all competitions in which he has managed to score 30 goals and provide 12 assists along the way.

Given how there is quite a lot of speculation regarding Harry Kane’s future at Spurs at the moment, with fellow Premier League side Manchester City reportedly interested in signing him as McGarry mentioned, it’s easy to see why the club apparently sees Abraham as a potential replacement for Kane if he were to leave given his goalscoring record for Chelsea.

Would you take Tammy Abraham at Spurs?

Also, taking into account how the Chelsea striker only played 17 minutes of action in the club’s final eight Premier League games of the 2020/21 season, perhaps a move to Tottenham this summer could be beneficial for Abraham if he would be guaranteed regular playing time under Nuno Espirito Santo at the north London club.

In our view, if Kane does leave Tottenham this summer, then Abraham should definitely be considered as a potential replacement for him.

In other news: ‘What I’m told’ – Gold reveals 25 y/o is ‘very confident’ at Spurs despite exit rumours