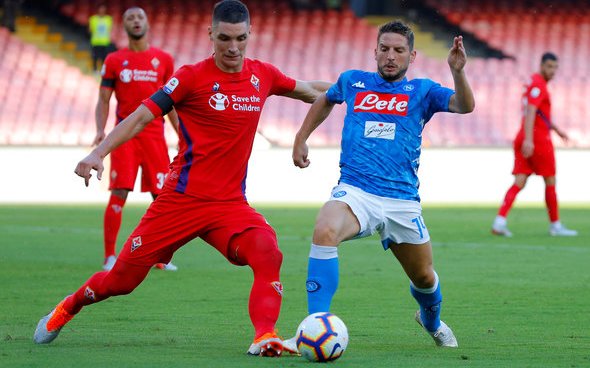 Tottenham Hotspur fans have been reacting to claims surrounding Nikola Milenkovic and a potential move to the club.

With the defence being one of the weakest parts of the team last season, the club have gone some way to address that with the signing of Cristian Romero this summer. They appeared to have their eyes turned to other options as well, with Milenkovic another one of their reported targets for the centre-back position, with West Ham United also showing an interest.

However, it would appear as though neither of the London sides are set to get him this summer. According to noted journalist Fabrizio Romano, he won’t be signing for anyone new and will instead be signing a contract extension with his current club, Fiorentina.

This news was relayed to fans by @TheSpursExpress for them to react to, and there seemed to be a lot of anger coming from the supporters who appeared to be annoyed that they couldn’t complete the deal despite their interest:

“Paratici may be placed on fraud watch. Only sold 3 players and has only spent 5m we actually got tricked into thinking anything would change with him coming in”

‘You can’t win them all’, as the saying goes. They’ll just have to try again with someone else, and there’s still time in the window to find another player who might be willing to join.

In other news: ‘I don’t think that influences’ – Journalist drops Harry Kane claim at Spurs