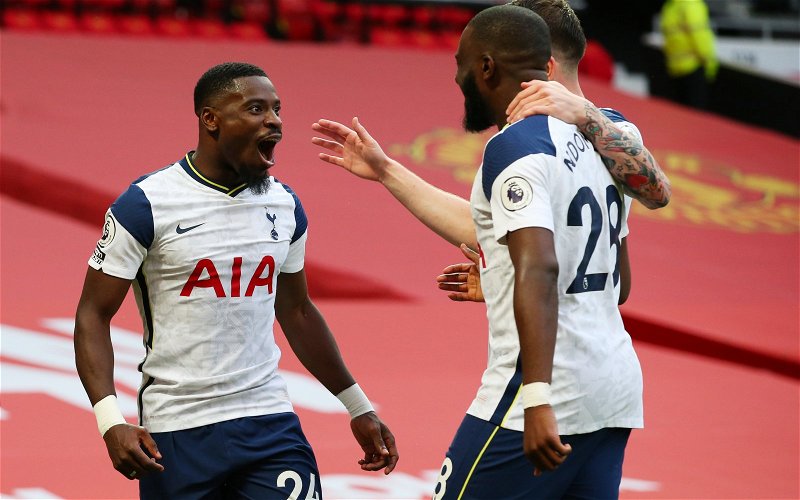 A lot of Tottenham Hotspur fans have been sharing their thoughts on a transfer tweet to emerge from Sky Sports reporter Lyall Thomas.

According to the journalist (15:37), Spurs have ‘some of football’s best agents and intermediaries’ working to find Serge Aurier a move away from N17 this summer.

Do you want to see Aurier sold?

Sky Sports has reported Serie A side Genoa are one of the clubs which have shown some interest in the Ivorian right-back, but a deal still some way off.

Spurs are said to be closing in on a potential deal for Barcelona’s Emerson Royal, but the La Liga side reportedly denied the option of a deal including Aurier.

Fans flocked to the tweet from Thomas to show their delight at the thought of Aurier leaving the club with just a matter of hours remaining until the window shuts.

“Paratici a don if he pulls this off imho”

@OpinionsHotspur
“Out of all our players, Aurier is one I expected would attract a lot of interest.”
@KidiabaPonyTail
“Oh my we are trying so hard to ship him off but he’s so bad nobody wants him”
@FlynnTHFC
“Offer to pay half his wages. Get him out”
@AryehLender
“Pay out his contract”
@HazSpur92
“Great Spurs are trying to get an upgrade on Aurier but we haven’t replaced Bale or Carlos V yet and that seems daft.”
@gcapell88

Aurier joined the club back in 2017 from Paris Saint-Germain for a fee believed to be in the region of £22.5m, but only featured 19 times in the Premier League last season (via Transfermarkt).

It seems Spurs are closing in on a new right-back in Emerson Royal, and these fans clearly want to see the club get rid of the Ivorian defender this summer.