Tottenham Hotspur fans have flocked to a tweet to surface regarding the future of French midfielder Tanguy Ndombele, with speculation surrounding his status as a Spurs player.

According to Football Insider, Ndombele has informed the north London club he would like to leave before the end of this summer’s transfer window.

Do you want to see Ndombele leave this summer? 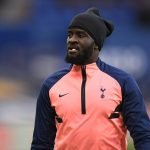 Speculation has emerged over the last couple of weeks regarding the 24-year-old’s future at the club, with claims suggesting he was considering whether he wanted to remain a Spurs player.

Ndombele is Tottenham’s record transfer signing, but did not feature in any of the club’s pre-season friendlies and was not included in the squad for the victory over Manchester City on Sunday.

Spurs fans flocked to a tweet from The Spurs Web relaying the claim from Football Insider to share their thoughts, with the Frenchman’s future at the club in doubt.

“Such a shame He could have been the replacement for Dembele, problem the boy has he just don’t have the application or desire…”

@TheMighty_Spurs
“This breaks my heart. So misunderstood. And slagged for untruths by the parrots!”
@shawnTHFC
“Sad to hear man but if he wants to leave so badly, then it’s time to cut ties.”
@godwinobiakor_
“Please don’t be true”
@thfcemilio
“I don’t believe this”
@BalesCaddie
“I’ll only believe it if Ali Gold says this”
@jmoney81394603

The Frenchman’s time at Spurs has been turbulent and it is believed he was left unimpressed by the club’s hopes of selling his ‘friends’, Moussa Sissoko and Serge Aurier.

Ndombele was not even registered for their Europa Conference League games against Pacos de Ferreira, however, it seems these fans are still hoping he can revive his Spurs career.