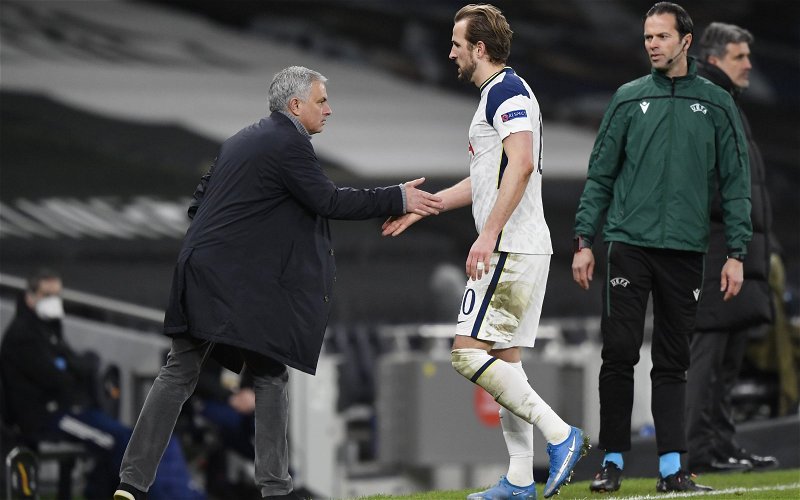 Lots of Tottenham Hotspur fans have been voicing their disgust at the latest claim to emerge in the Harry Kane transfer saga on Twitter.

According to The Telegraph, the new Tottenham head coach, Nuno Espirito Santo, is yet to speak to the 28-year-old striker since his appointment in June.

Would you take less than £150m for Kane?

This news comes following the star striker’s decision to extend his Florida holiday and not turn up to Hotspur Way for training at all this week.

Despite the 28-year-old having netted 221 goals for the Lilywhites in his 336 appearances, these Spurs fans were clearly left far from impressed by the stance he has decided to take.

“This in itself is disgraceful”

@Glebbers_
“That is rough”
@Declanrooney88
“If that’s true. That’s actually a disgrace.”
@adamcider1
“Terrible stuff!! Actually Un-Believeable!! #COYS #THFC“
@ColinWindell
“If Southgate has an integrity to what the England captaincy stands for, he’ll take the armband away from Kane”
@Jonny_morgs
“Disgraceful from Kane”
@____PK______

The striker is being heavily linked with a potential summer switch to Manchester City, which has had added fuel to the fire with Pep Guardiola’s latest comments.

“Harry Kane is an exceptional, extraordinary striker, no doubts about that – of course we are interested in him,” he said on Friday.

Going by this reaction, it seems the striker’s reputation among the Spurs fans may be taking a bit of a bruising as this transfer saga shows no sign of coming to an end anytime soon.