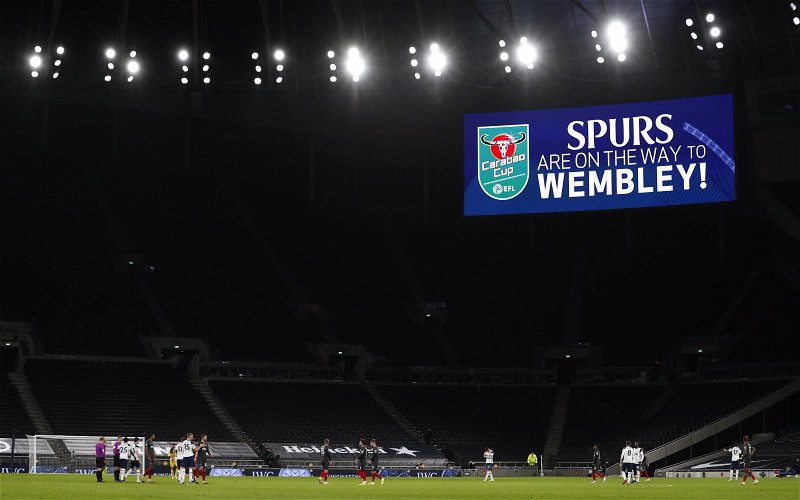 Tottenham Hotspur would have to pay Ilaix Moriba’s representatives a fee between €8million-€10million (£7m-£8.5m) for any potential deal for the Barcelona youngster, according to Gerard Romero (via Last Word on Spurs).

Moriba has been with Barcelona since 2010, and has made 18 appearances in total for the club’s first-team. His future with the Spanish giants remains unclear at this moment in time though, with Spurs rumoured to be interested in a deal to sign the 18-year-old.

Romero also claims that Moriba’s father and his agents would receive €15million prior to any additional cost that the Premier League side would have to pay up-front.

Spurs finished seventh in the Premier League last season, and are evidently keen to add to their squad before the summer transfer window reaches a conclusion.

Moriba is a player that they’re keen to get through the door, with Daniele Longo claiming that Spurs are in advanced talks over a potential deal to sign the Barcelona midfielder.

Former Barcelona B boss Garcia Pimienta labelled Moriba as ‘incredible’ during his time with their side (quotes sourced from Barca Blaugranes).

Plenty of Tottenham Hotspur supporters were quick to take to social media to issue their thoughts on the financial details that would potentially be involved in a deal for Moriba, and it’s safe to say that the majority weren’t best pleased.

How have Tottenham fans reacted to the latest Moriba update?

“No thanks, if he’s surrounded himself with leeches that’s his business.”

“I have seen him a few times. He has talent & I think would be a good signing but those wages & that commission is absurd. No way he deserves that.”

“Tell them to get stuffed. These people have the completely wrong attitude.”

“Tell him to do one! He has to earn it before he gets that money!”

“Really demanding. Hmmm. Move on not worth it.”

“Definitely time to move on.”

“Somebody’s being rather greedy.”

It’s no surprise that given the kind of eye-watering fees Spurs would have to pay to Moriba’s representatives, that fans of the north London side are clearly about making a move for the Spaniard.

Spurs are set to return to action on Sunday afternoon, when they host newly-promoted Watford, as they look to build on their recent 3-0 win over Paços de Ferreira in midweek.

In other news, plenty of Spurs fans are delighted with the club’s recent player agreement.