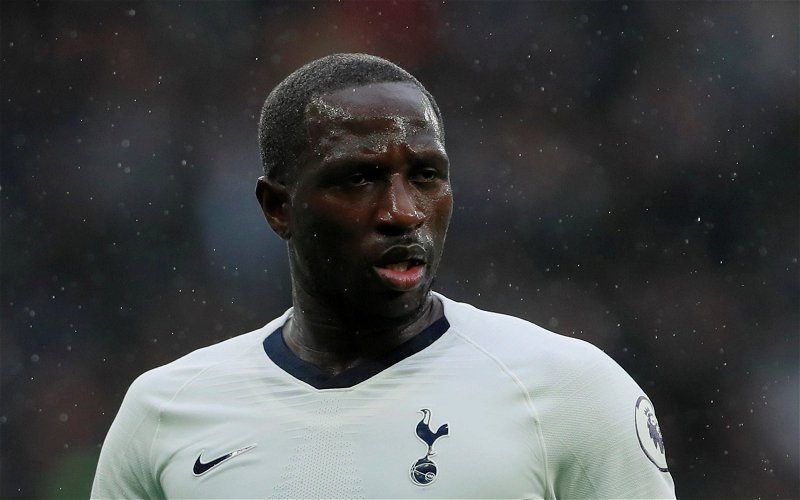 As a new rumour has emerged linking a Tottenham player with a move away from the club, Spurs fans have been reacting excitedly online.

Italian journalist Carlo Pellegatti has claimed on his YouTube channel (via Milan Live) that AC Milan would be a good fit for Moussa Sissoko.

While it remains to be seen whether the Rossoneri will approach the Frenchman in their apparent search for a midfielder, Hotspur Related shared the idea of Sissoko potentially leaving Spurs for Milan, and many fans were quick to offer their opinions on the matter.

“Please lord let it be true and take the other deadwood too.”

@unol1234
“On my knees.”
@ERIKLEBALLROL
“This guys fails upwards. Incredible stuff.”
@otheranthony
“Please. Just go.”
@Manu23588
“I’m happy to drive him there if there’s any problems.”

“I’ll buy his plane ticket.”
@JLuns864
“Please, Levy, don’t price him out of a move.”
@highdesertlimey

Reports claim that Sissoko would have to take a €4m (£3.39m) pay cut on his current wages, so with two years left on his deal at Tottenham, the Frenchman has no obligation to leave, although it is Pellegatti’s belief that the Frenchman will have been advised to find a new club by Spurs.

However, those same reports say he could bring in around €10m (£8.47m) for the club, so it’s likely Spurs would want to cash in if possible.

Regardless, it’s fairly clear what many Spurs fans seem to want.