Football journalist Fabrizio Romano has been speaking on the Last Word On Spurs YouTube channel to discuss all things transfer-related.

The future of Harry Kane has been largely speculated about this summer with a potential move to Manchester City reportedly the 28-year-old’s desired destination.

Do you think Spurs will beat City on Sunday? 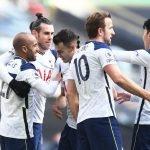 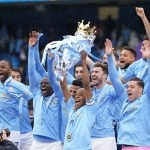 It has been reported there is a possibility this saga could yet take another twist, with ‘noises’ from Kane’s camp suggesting the 28-year-old could yet sign a new deal with the north London side.

“There’s little bits of noises coming out from around his camp not to entirely rule out a new contract for him, which would be an incredible U-turn,” Alasdair Gold said on the Gold & Guest talk Tottenham podcast.

Kane has now returned to Hotspur Way for pre-season training ahead of their Premier League opener against Pep Guardiola’s side.

However, amid the transfer speculation, the Italian insider revealed his knowledge about Kane’s availability for the game at the Tottenham Hotspur Stadium this Sunday.

“What I’ve always heard in the last days from the Harry Kane camp is that the player is prepared to play for Tottenham and he was convinced that Tottenham were aware of the situation of Harry Kane and at the start of training ground [situation], where he had to come back to the training ground and was not showing up.

“So that’s why I think that Harry Kane knows that now, going to the fight with the club is not the best strategy as I said before, and he will be available for the club.”

The England captain is still yet to participate in team training this pre-season, with his quarantine expected to conclude on Thursday (12th) with a negative test.

If this is the case and Kane re-joins the main squad on Friday, will he realistically be in a good enough physical condition to play a Premier League game against the reigning champions?

Heung-min Son has been in fine form this pre-season, which he concluded with a match-winning goal against Arsenal at the weekend, so we think the South Korean could lead the attack against Guardiola’s men.

Spurs fans may hold some optimism from Son’s record against City, with the 29-year-old having scored six goals in his 13 appearances against the champions (via Transfermarkt).