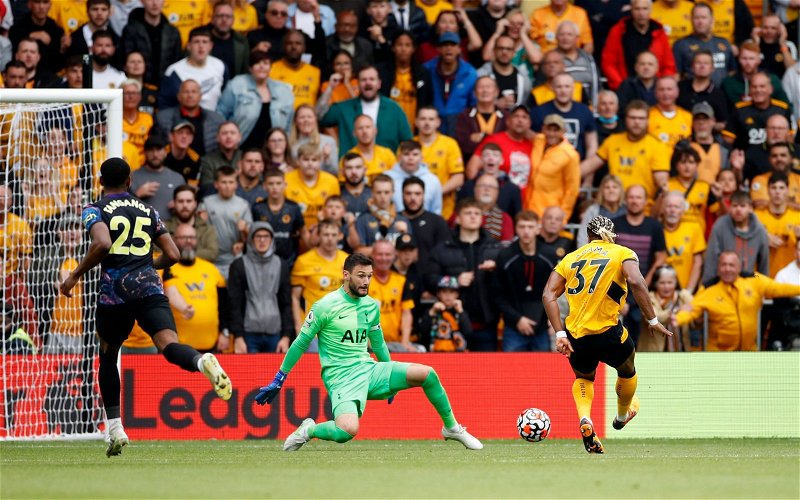 Sky Sports reporter Michael Bridge has told This is Futbol that he’d be surprised to see Tottenham sign Adama Traore this summer.

Following his previous links to Nuno Espirito Santo, the Telegraph believe that the Spurs boss is hoping to instantly reunite with the former Barcelona attacker, who impressed against Santo’s Tottenham side at Molineux on Sunday.

The north London side have made a perfect start to the Premier League season but are short in the attacking areas having replaced Erik Lamela and Gareth Bale with highly-rated Spanish youngster Bryan Gil.

Lucas Moura and Steven Bergwijn have started the opening two matches in the wide areas, but with no back-up striker in their ranks, Santo is one injury away from a potential disaster.

However, Bridge told This is Futbol that the £40m star, who missed a golden chance to earn Wolves a point in Spurs’ 1-0 victory, isn’t what Santo needs right now.

“All I can go on is what I know, and I’ve not heard that. I just look at him and think Tottenham have got Moura and Bergwijn, wingers that should score and assist more.

“I think Moura is better than Traore. He can be brilliant on his day, but he doesn’t have enough of those. I have not heard that personally, I have read it, but I don’t think that’s a signing Tottenham need right now.”