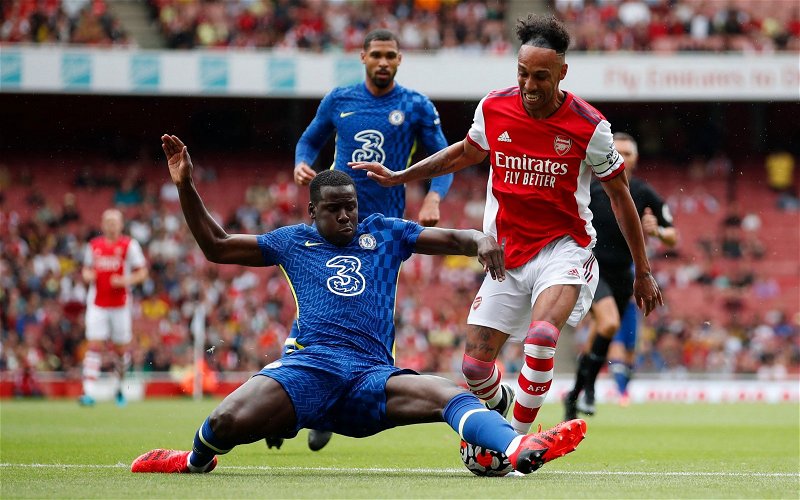 Sky Sports reporter Michael Bridge has confirmed that Tottenham are keen on signing Kurt Zouma – but reckons the relationship between the two clubs at board level make a deal almost impossible.

Nuno Espirito Santo is trying desperately to bring in another centre-back before the window closes later this month.

And after missing out on Fiorentina and Serbian defender Nikola Milenkovic, Sky Sports believe that Spurs have now moved on to Zouma, who’s available to leave Chelsea after losing his place since the arrival of Thomas Tuchel.

The Frenchman started the Super Cup earlier this month but was an unused substitute against Crystal Palace on the opening-day and has at least three centre-backs ahead of him in the pecking order.

Therefore, Tottenham are trying to prize Zouma away from Stamford Bridge and convince him to make the short trip across London despite the rivalry between the clubs.

Spurs and Chelsea haven’t done any notable business in the Premier League era, with the Blues failing in their attempts to sign Luka Modric back in 2011.

When asked whether there’s any possibility Zouma ends up at the Tottenham Hotspur Stadium, Bridge told This is Futbol:

“When I saw it, I thought ‘what’s going on here – Tottenham and Chelsea don’t do business’

“The relationship at board level between the clubs is bad.

“But I have been told that there is legitimate links there, and even though I do know there is an element of truth, I still can’t see Chelsea and Spurs doing business.”