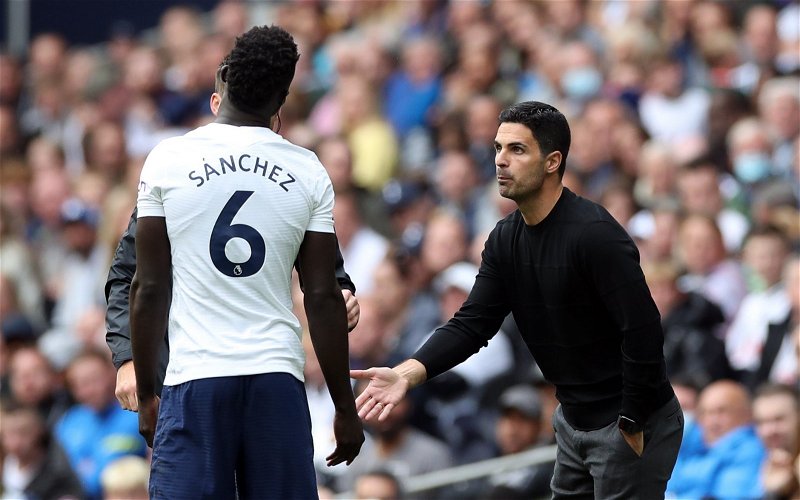 Sky Sports reporter Michael Bridge has told This is Futbol that Tottenham are prepared to cash-in on Davinson Sanchez should they receive an appropriate offer.

The Colombian centre-back, Spurs’ record signing at the time of his arrival, has failed to live up to the £42m price-tag that Daniel Levy paid Ajax four years back.

Sanchez’s first season was an impressive one, but he’s since struggled for consistency and made several leading to goals in the Premier League last season, often costing Spurs points late on in matches.

With that in mind, Nuno Espirito Santo has already recruited Cristian Romero, is hoping to bring in another centre-back and has put the 25-year-old up for sale.

Tottenham are yet to receive any concrete interest for Sanchez, but Bridge told This is Futbol that they would be willing to sell him after four seasons:

“If Tottenham get a good offer, they will take it. Daniel Levy is not someone who accepts losses, that’s why Tottenham have been in situations where they keep players, but sometimes you have got to say it’s not worked out and take a loss.”

Last season was simply disastrous for Sanchez. And whilst he might only be 25, and have several years left at the top, he isn’t getting any better and Tottenham should move him on.