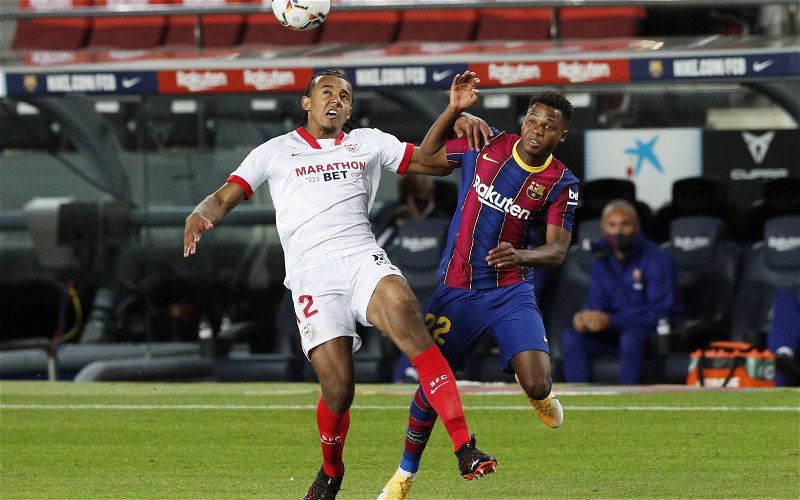 Spanish expert Euan McTear reckons that Tottenham might be priced out of a deal to sign Sevilla defender Jules Kounde.

The 22-year-old was one of the standout centre-backs in La Liga last season and was rewarded by being named in the French squad for the Euros – making his full international debut in the 2-2 draw with Portugal in the group stages.

Should Tottenham make Laporte a priority?

Such was Kounde’s brilliant form for Sevilla, he’s attracting interest from the Premier League, with Spurs one of the sides in the race to try and bring the youngster to England.

With Toby Alderweireld leaving this summer and the likes of Eric Dier and Davinson Sanchez potentially not up to scratch long-term, Nuno Espirito Santo badly needs to bolster his central defensive department.

However, Kounde has a release clause which McTear told This is Futbol will be out of Daniel Levy’s budget and doesn’t expect the Frenchman to end up playing his football in north London next season:

“Arsenal and Spurs have been linked, but he’s going to cost a lot of money – his release clause is £80m and even if Sevilla agree a deal, it’s going to have to be close to £80m, and that seems out of Spurs’ price-range.”