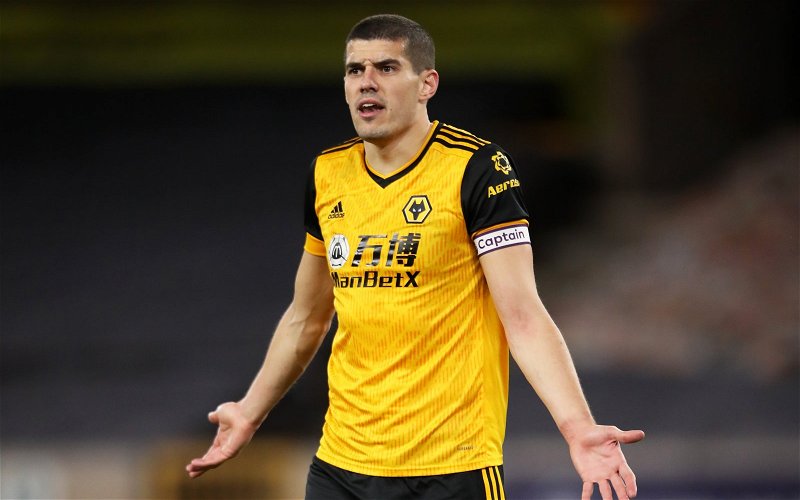 Liam Hatfield, who covers Midlands clubs for the Express and Star, has told This is Futbol that Conor Coady is unlikely to join Tottenham this summer.

Coady is one of several Wolves players who’s been linked with a move to Spurs since Nuno Espirito Santo replaced Jose Mourinho in north London.

According to Football Insider, Tottenham have already opened talks with Wolves about the possibility of signing the England defender.

But those reports came prior to Spurs completing a deal to bring Cristian Romero to the Tottenham Hotspur Stadium from Serie A outfit Atalanta.

Romero’s arrival means that Santo now has five centre-backs at his disposal, including versatile young defender Japhet Tanganga, who can play anywhere across the back four.

And whilst Romero is facing a race against time to be fit for the start of the Premier League season this weekend, Hatfield doesn’t expect Conor to follow him through the door in N17.

“Spurs have strengthened in that area already. Do they want another centre-back? He’s a player that knows Nuno well and was heavily trusted by Nuno.

“I think with Spurs strengthening, and maybe looking slightly above Coady’s level, not saying he’s a bad player by any means. It might just be one that’s a non-starter.

“It wouldn’t have shocked me earlier in this window, but at this point it would surprise me.”