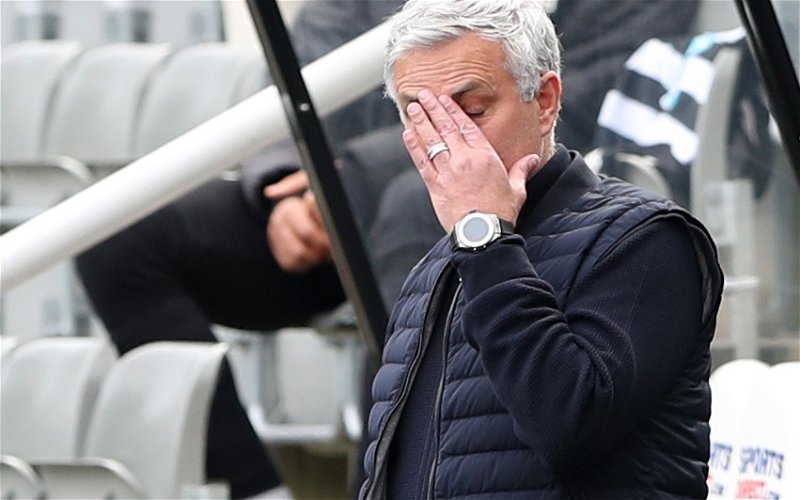 Tottenham Hotspur legend Graham Roberts insists that Jose Mourinho is a “spoiled brat” and did nothing to enhance his reputation at the club.

The Portuguese endured a dire reign at the club, guiding them to a sixth-placed finish in his first season at the club.

And he was then sacked in his second season, a week before the League Cup final, with Ryan Mason appointed as his replacement on an interim basis.

Do you think Spurs made the right decision in sacking Mourinho?

He did not manage to finish a full season during his time in north London, nor did he win a trophy, with the north London club the first he has failed to lift silverware with.

Mourinho also fell out with first-team star Dele Alli, exiling the England international, and Roberts believes that he simply throws his toys out of the pram if he does not get exactly what he wants.

Speaking exclusively to This Is Futbol, he said: “Mourinho, people tell me Mourinho is a top, top manager. No.

“Mourinho was a top, top manager, now he’s a spoiled brat. If he doesn’t get his own way, he goes into one and he upsets players.”

Mourinho has since been appointed as Roma manager in Serie A.