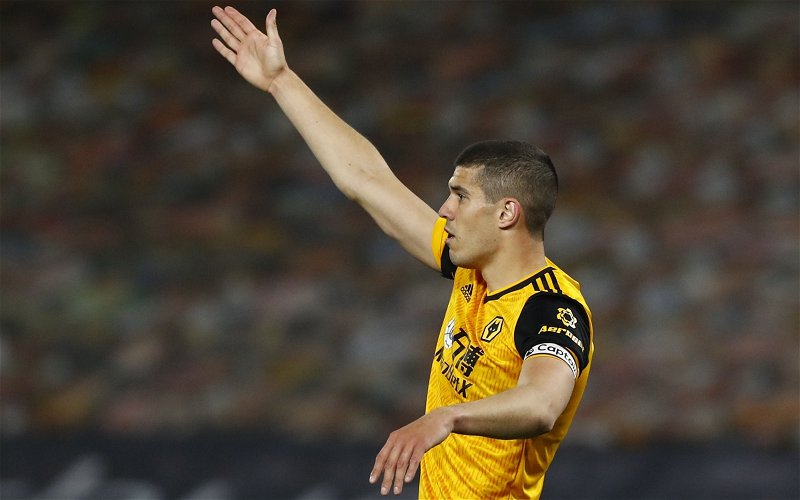 Marcus Bent has exclusively told This is Futbol that Tottenham are Conor Coady’s most likely destination should he leave Wolves.

Despite being on the verge of sealing a sensational deal to sign Cristian Romero from Atalanta, with Toby Alderweireld gone and one of Eric Dier or Davinson Sanchez expected to leave, Nuno Espirito Santo still needs another centre-back.

And according to Football Insider, Tottenham have opened preliminary talks with Wolves over bringing Coady to north London which would see him reunite with Santo.

Coady, who was in the England squad for the Euro’s although didn’t manage to feature, has proved himself as one of the most reliable centre-backs in the Premier League since Wolves’ promotion.

He’s missed just one league game across the previous three years, and that was only because he was quarantining back in November.

Tottenham have also been linked with some of Coady’s teammates since Santo replaced Jose Mourinho last month, and Bent told This is Futbol that he isn’t surprised with the Santo link:

“These managers take players where they go, so if he still fancies him and still rates him, which I think he does. He did well under Nuno.

“If he was going to make a move, it would probably be Tottenham, a manager he knows and has faith in him.”

Coady is valued at £22.5m by transfermarkt.com.