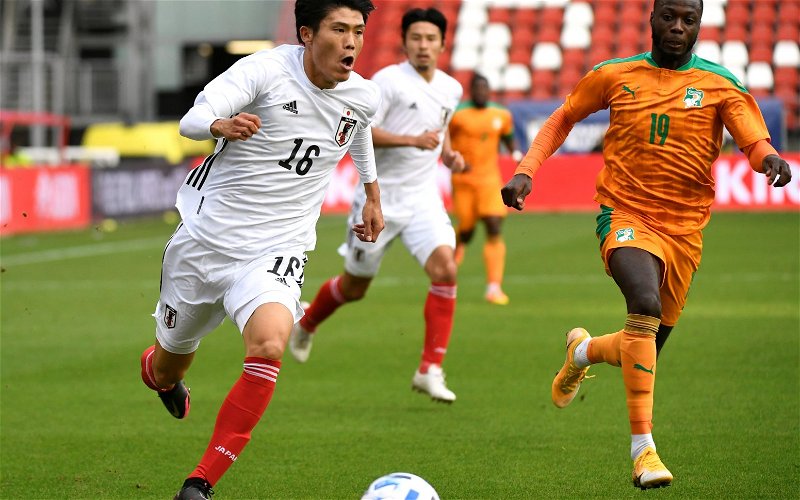 Graham Roberts is confident that Tottenham will complete a deal to sign Japanese defender Takehiro Tomiyasu – and suggested that he’s likely to be already having a medical.

Tomiyasu, who’s currently in Tokyo with the national team at the Olympic Games, has been strongly linked with a move to north London in recent weeks, although nothing is yet finalised.

Tomiyasu suffered an ankle injury during a warm-up game, which forced him to miss Japan’s opening two fixtures.

However, he returned for their final group match against France on Wednesday and therefore could feature in their first knockout meeting.

Japan’s fortunes in the tournament could delay the transfer and then his debut, with the Olympic final taking place just eight days before Tottenham host Manchester City on 15 August.

The transfer appears to have gone relatively quiet, but Roberts expects Fabio Paratici to get it over the line.

“He’s at the Olympics at the moment, but I’m sure that he will be having a medical ASAP over there somewhere.”