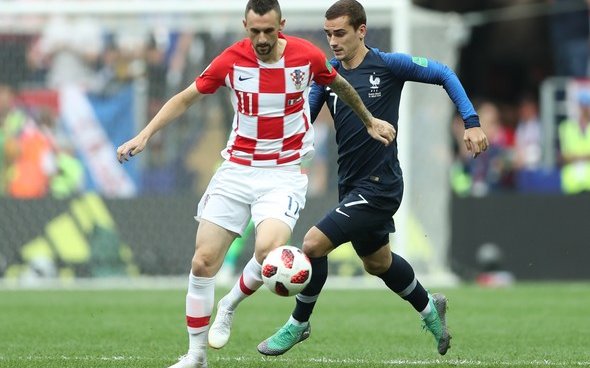 A whole host of Tottenham Hotspur fans have reacted positively on Twitter to the latest Marcelo Brozovic links.

The Inter midfielder is now in the final 12 months of his contract and using Fabio Paratici’s bulging contact book from his time working in Serie A, claims from Inter Live suggesting Spurs could move for Brozovic don’t appear to be too left-field.

With players such as Oliver Skipp and Moussa Sissoko both linked with moves away from Spurs this season, bringing in an experienced midfielder such as Brozovic on a relatively low fee given his contractual situation, it could be a smart piece of business.

Many Tottenham fans are buzzing on Twitter with this latest transfer news.

What have these Tottenham Hotspur fans been saying?

“One year on his contract? It’s time for a Paratici masterclass imo”

“Paratici Serie A knock is a different knock”

“Fabulous player. Would transform our midfield and provide leadership”

“On my knees. He’s a game-changer”

The Croatian midfielder has been playing for Inter since joining from Dinamo Zagreb, initially on loan, back in 2015 but after 242 appearances, his time may be up with the Serie A champions.

Tottenham already have a lot of central midfielders on their books with seven at the club able to play in the middle, so it may be a case of moving some fringe players on before they can bring in a current league champion in Brozovic.