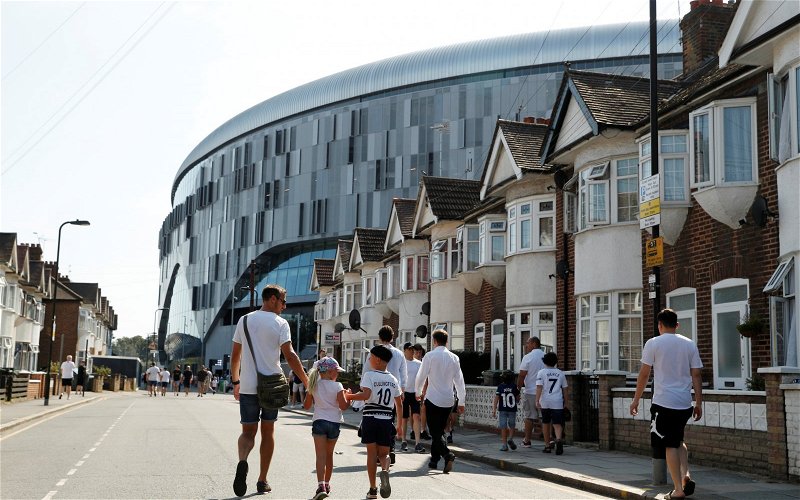 Barcelona are reportedly demanding a fee of £17million for Spurs to prize away Ilaix Moriba this summer, according to Mundo Deportivo.

Moriba has been with the Spanish giants since 2010, and has gone on to make 18 appearances in total for their senior side, and it appears as though some of his strong performances haven’t gone unnoticed.

Spurs finished seventh in the Premier League table last season, in what was a season with plenty of ups and downs.

They’re currently sat in the top half of the top-flight standings this term, and will be eager to put together a positive run of results at the earliest of opportunities.

With the summer transfer window reaching a conclusion on Tuesday evening, Nuno Espirito Santo can’t afford to waste much more time, and this latest news on Moriba is certainly an interesting one.

Plenty of Tottenham Hotspur supporters took to social media to issue their thoughts on whether they thought the rumoured fee of £17million was a fair price for the club to pay for Moriba’s services this summer.

How did Spurs fans react to this Moriba news?

“Just pay the money! God knows what he will be worth in a couple years time.”

“Don’t care even if its 50 mil, club knows the financial better. As long as it improves the squad.”

“As a fan of both Spurs and Barça I can say that its seems like a bargain. Exciting player, great vision, physically strong, proper mentality during the game. But can’t deny – I’m worried about his agents – totally focused on money.”

After starting the Premier League campaign off with a bang with two wins from two – including one against the reigning champions Manchester City – news of Spurs’ interest in Moriba has unsurprisingly excited the club’s fans.

Whether Daniel Levy looks to pay up what Barcelona appear to be demanding for him however is another question, but it’s a tantalising prospect nevertheless.

Spurs are set to return to action on Sunday afternoon, when they take on Watford, in a game they’ll be hoping to come away with three points to show for their efforts.

In other news, Spurs fans have recently reacted to this Tanguy Ndombele update…